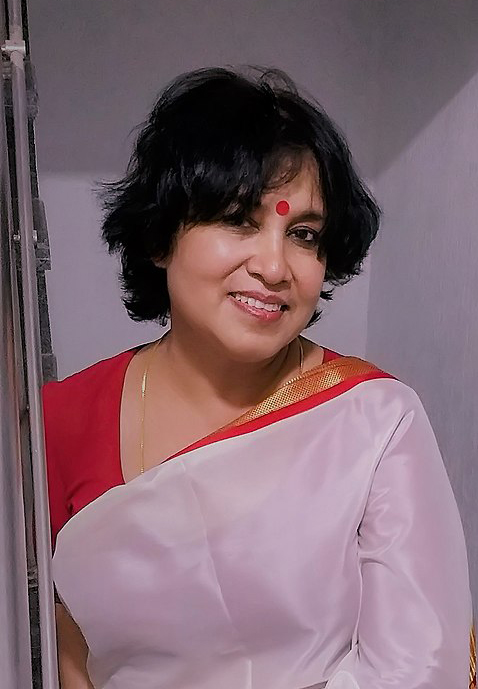 I don't agree with those who think that the conflict is simply between two religions, namely Christianity and Islam. Nor do I think that this is a conflict between East and West. To me, the key conflict is between irrational blind faith and rational, logical minds. Or between modernity and anti-modernity. While some people want to go forward, others are trying to go backward. It is a conflict between the future and the past, between innovation and tradition, between those who value freedom and those who do not.

Taslima Nasrin, the world famous secular humanist writer and feminist is a senior editor of Free Inquiry. In 1994, Islamic fundamentalists issued a fatwa against her, demanding her execution for criticising Islam. Taslima Nasrin won the 2004 UNESCO Madanjeet Singh Prize for the Promotion of Tolerance and Non-Violence. She also received the European Parliaments' Sakharov Prize for Freedom of Thought and the Kurt Tucholsky Award from Swedish PEN.

Her autobiography Nei, Kichu Nei ( Nothing is there) was published in 2010.