A rare opportunity to learn about the life of one of the most important figures in secularist history.

Champions of secularism throughout history include a wealth of brave and heroic individuals who defied authorities and established opinion to pioneer progressive liberal and feminist ideas. One such individual was Richard Carlile.

On 16 August 1819 Carlile was on the platform at the Peterloo rally for parliamentary reform when the Manchester and Salford Yeomanry attacked the crowd, killing a number of them. Carlile fled to London and wrote the first accounts of 'The Manchester Massacre' in his journal The Republican. Soon afterwards he was convicted for selling "blasphemous and seditious" literature (Thomas Paine's Rights of Man) and spent the next seven years in Dorchester gaol. His wife Jane carried on his Fleet Street publishing and book selling business, but was eventually imprisoned herself.

Both Richard and Jane Carlile were ardent feminists. Soon after their release Richard published Every Woman's Book which not only advocated birth control but explained contraceptive techniques. It was the first book in the English language to do so.

The first person in Britain to publicly declare himself an atheist, Carlile kept Paine's ideas alive and pioneered the concept of a national secularist movement.

Bob Forder, NSS historian and council member, will give an illustrated account of Carlile's sensational career and assess his legacy.

This talk will be followed by the National Secular Society's Annual General Meeting. The AGM is open to paid up NSS members only; you can apply for membership here. 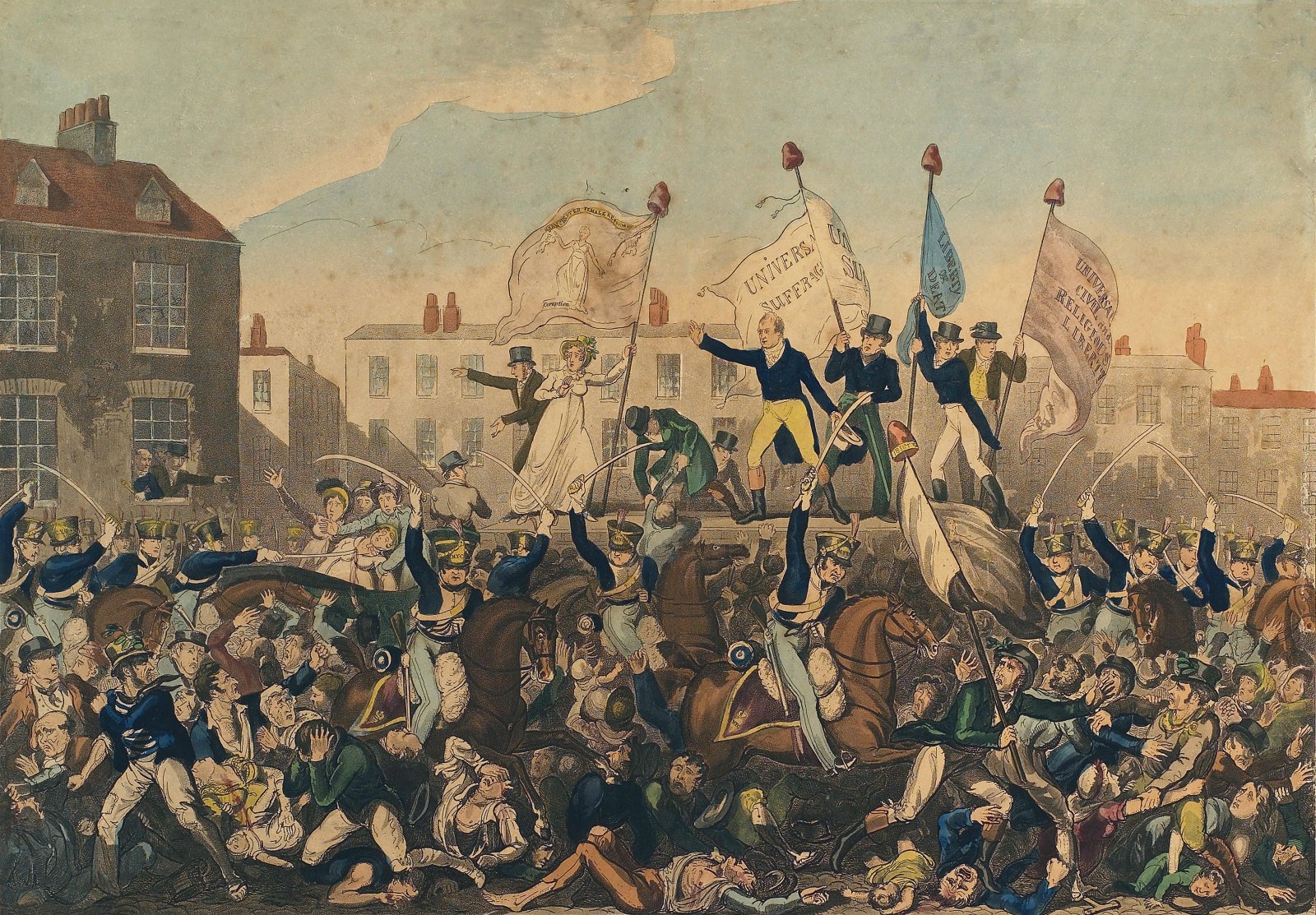 A coloured print of the Peterloo Massacre published by Richard Carlile.