Throughout the 50s, 60s and 70s the NSS was on the forefront of many movements for social change. Mass immigration, the black, women's and LGBT liberation movements all undermined the case for regressive religious morality to be enforced by the state. 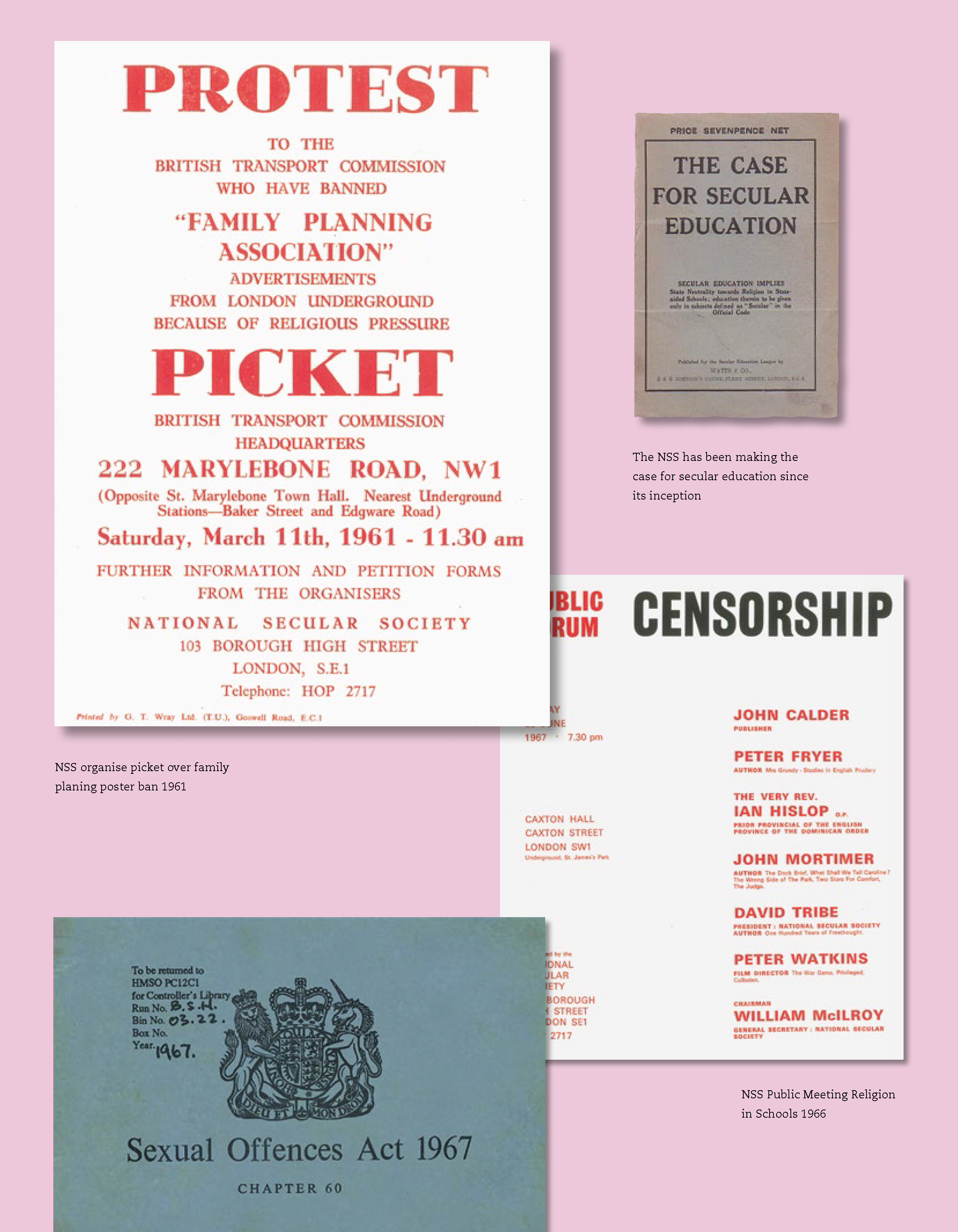 Some key milestones from this period