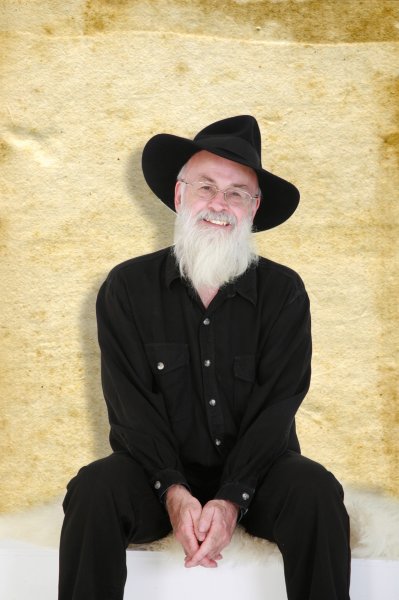 Terry Pratchett was one of the most popular authors was the creator of the bestselling Discworld series. He wrote around seventy books and co-wrote a further fifty. Between them they have sold over eighty million copies in thirty-seven languages.

In 1998 he was awarded an OBE and in the 2009 New Year's Honours List he was appointed a Knight Bachelor for services to literature.

He also campaigned for the Orang-Utan Foundation.

In December 2007, Terry released a statement that he had been diagnosed with a rare form of early-onset Alzheimer's disease. Since then, he has become Patron of The Alzheimer's Research Trust. He was a strong supporter of assisted suicide being made legal in the UK.

He died on 12 March 2015 surrounded by his family with his cat sleeping on his bed.