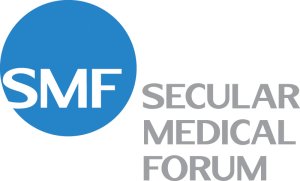 The Secular Medical Forum (SMF) provides expert and professional advice and opinion to the National Secular Society (NSS) on issues related to healthcare and provides a forum for anyone interested in the intersection of healthcare and secularism.

The SMF's main objective is to advocate the value of secularism/religious neutrality as a professional standard in healthcare. The SMF welcomes supporters of all faiths and none. It opposes religious influences in healthcare where these adversely affect the manner in which medical practice is performed. It campaigns to protect patients from the harm caused by the imposition of religious values and activities on patients and challenges traditional religious privileges in healthcare service provision or decision-making.

The Secular Medical Forum was established following informal discussions at the AGM of the National Secular Society in November 2009. From 2010–16 the SMF was supported by the NSS as an independent affiliated group. In 2017 the SMF became part of the NSS.

Want to get involved?

Join our mailing list to apply to join the forum. You'll be kept up to date with news, meetups and opportunities to contribute or volunteer.

Membership of the Secular Medical Forum is intended for healthcare professionals (including current, former and trainee professionals) and those with a particular expertise in the intersection of secularism and healthcare. All requests to join will be considered after signing up to the mailing list.

Membership of the SMF is generally restricted to NSS members.