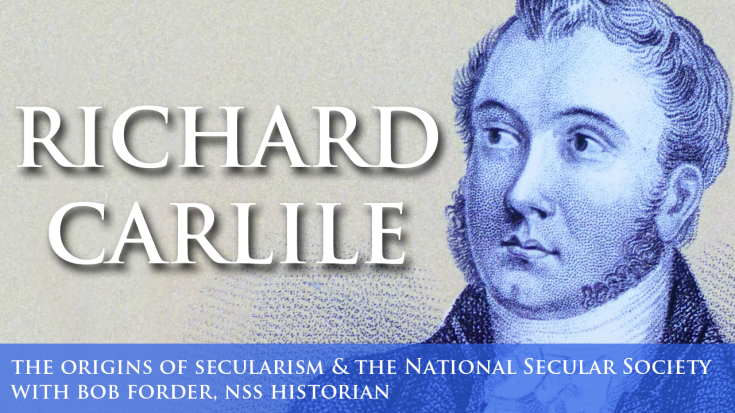 Richard Carlile was the first person to establish a permanent secularist and campaigning organisation in the UK. He was the most important campaigner for freedom of thought and expression in the first half of the 19th century.

Carlile was born in Ashburton, Devon on 9 December 1790 but moved to London as a young man and was soon involved in radical politics. His background is probably best described as lower middle class. He received a good education by the standards of the time. 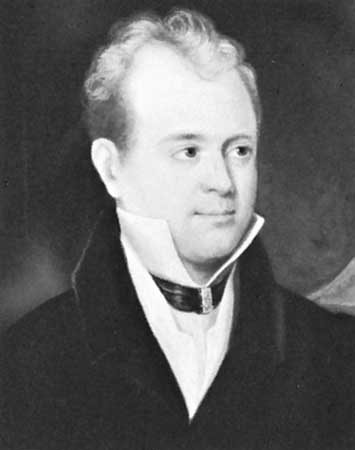 In 1817 he took over a radical publishing business founded by William Sherwin. He was soon in trouble for reprinting parodies of church services originally published by William Hone but withdrawn under pressure from the authorities. For this Carlile was imprisoned for four months without trial.

In 1819 he witnessed the Peterloo massacre. He published furious denunciations of those responsible in the first editions of his weekly journal The Republican. He was again imprisoned for a week.

That year he was also prosecuted for publishing Paine's The Age of Reason. He was sentenced to three years in Dorchester prison and fined £1,500 – a huge sum at the time. The prison sentence was subsequently extended to six years because of his failure to pay the fine.

During this period Carlile achieved his greatest fame. Prison was very different then and during his incarceration Carlile continued to edit the Republican as well as many freethinking tracts by Paine, Shelley, Voltaire and others. Today, Carlile's desk from his time in Dorchester gaol is in the Conway Hall Library. 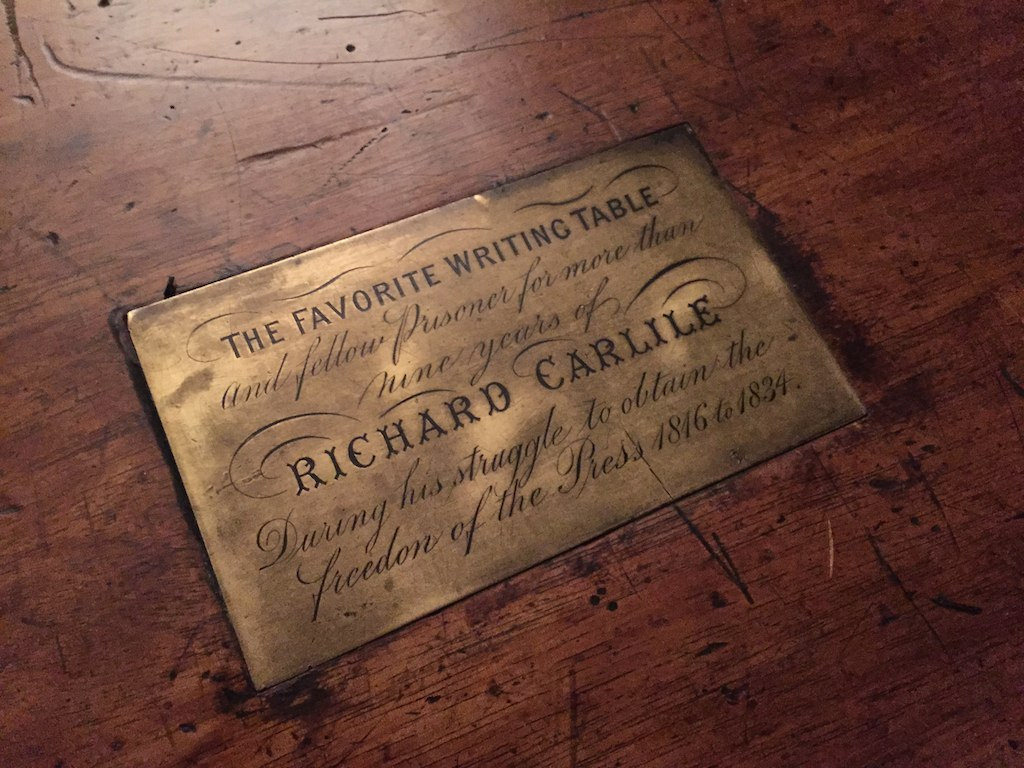 It was during this period that Carlile developed his own ideas. He moved from deism to atheism and became the first person in Britain to deny the existence of God openly in print during his own lifetime. Just as remarkably he published an essay entitled What is Love? (sometimes Every Woman's Book), describing and defending contraceptive techniques for the first time in the UK.

During his time in gaol, others continued his work distributing and selling his publications. For a time his sister and wife joined him and a child was conceived and born. No fewer than 150 others were also imprisoned for working in his Fleet Street premises and elsewhere.

In 1825 the authorities gave up the struggle and Carlile and his followers were released. However, Carlile was far from finished and now teamed up with the Rev. Robert Taylor whose deism was a strange mix of astrological and mythological theories.

In 1829 the two went on a tour (an 'infidel mission') to the provinces and in 1830 opened the Rotunda on Blackfriars Road making it a centre of radical theological and political discussion. By 1831 Carlile was back in prison, this time in London, for expressing sympathy for agricultural workers during the Swing riots.

He was released in 1833. He left his wife and was joined by his mistress Eliza Sharples, who had already given birth to their first child (conceived in prison) and went on to have two more. Sharples was an extraordinary character herself, becoming the first woman to give freethought lectures and edit a free thought journal. After Carlile's death, in 1849, she provided shelter for the 16-year-old Charles Bradlaugh after he left home in acrimonious circumstances.

Carlile lived for another 10 years. He was imprisoned once more, serving a couple of months for causing a public nuisance by refusing to pay church rates and displaying blasphemous effigies in his shop window.

Carlile's career marks a significant contribution to the development of the secularist tradition. His publishing business helped keep the works and ideas of Thomas Paine and others alive. His heroic defiance of the Church and state helped demarcate the boundaries between the secular and the religious. He dedicated his life to the freedom of the press and expression.

Richard Carlile died on Fleet Street on 10 February 1843. Nearly 10 years of his life were spent in prison. 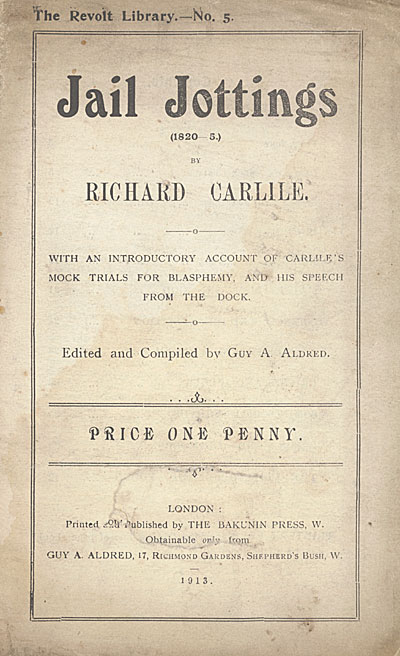