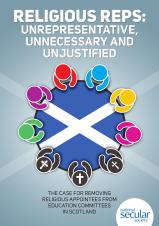 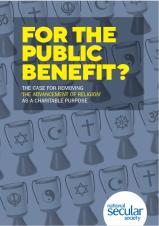 For the public benefit? The case for removing ‘the advancement of religion’ as a charitable purpose 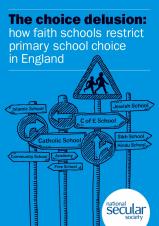 State support for faith-based schooling is often justified in terms of parental choice. This report unravels the narrative around school choice, highlighting the many areas where families have little reasonable choice but a faith school and those assigned faith schools against their wishes. It also questions whether the "choice" of faith schools are a reasonable expectation consistent with the state's duty to provide education. 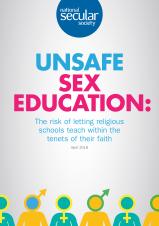 Unsafe Sex Education: The risk of letting religious schools teach within the tenets of their faith

This study examined the SRE policies of faith based secondary schools, the majority of which are explicitly delivering SRE within the tenets of their faith, rather than in an impartial and secular framework that would generally be found at non-faith schools. Although SRE policies vary greatly from school to school, in many cases they amount to the promotion of a particular religious ideology within attitudes to sex and relationships. 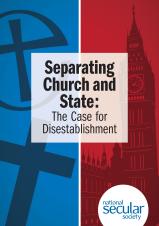 This report outlines the central arguments for a separation of church and state and considers the challenges involved in making this a reality. It argues that disestablishment is right both as a basic matter of principle and in order to make the UK more representative of the changing landscape of religion and belief. 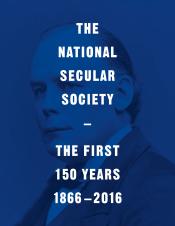 Marking our 150th anniversary, this brochure looks at some of the key landmarks in our history. From being prosecuted for 'blasphemy' to being instrumental in abolishing it. The story shows how far the secularist movement has come, always at the forefront of progressive social change. 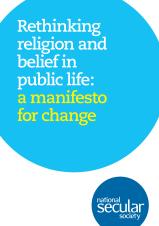 Rethinking religion and belief in public life: a manifesto for change

Britain is drifting away from Christianity. Meanwhile religion is becoming more personalised, minority religions are on the rise and non-religiosity is increasing. This demands a long term, sustainable settlement on religion's relationship with the State. 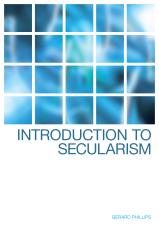 An introduction to secularism

A short introduction to secularism, different models and approaches and why secularism is important for human rights