As part of the Protest the Pope campaign, the National Secular Society is presenting a short season of films that explore issues the Catholic Church and the Government would prefer were kept under wraps during the papal visit.

The authorities in this country refuse to ask difficult questions of the Pope – so we will do it for them. Each of these powerful films illustrates clearly why the Pope should be made to answer for the many sins of his Church.

All films will be shown at Conway Hall, London. Tickets for each film are £3. Seats are limited, so advance booking is advised. 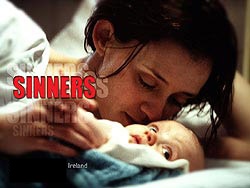 A look at life inside one of the notorious Magdalene Asylums where women the Catholic Church decided had stepped out of line in some way were incarcerated and abused. A chilling portrayal of what happens when the state gives unfettered power to a religious institution which then uses it to literally batter the population into submission. Survivors of the Magdalene laundries are still fighting for the Vatican to recognise the enormous suffering inflicted on them by the Church.

This film will be introduced by the feminist commentator and Independent columnist Joan Smith. Buy tickets 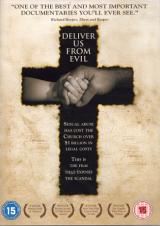 A truly shocking, Oscar-nominated documentary by Amy Berg, this is the story of Father Oliver O'Grady, a paedophile priest who was moved by the Catholic Church from parish to parish in the US, permitting him to continue his campaign of rape and exploitation in new settings from the 1970s to the early 90s. The film exposes the corruption inside the Catholic Church that allowed O'Grady to repeatedly gain the trust of congregations and then betray them by abusing their children. It also illustrates the heartless indifference that the Vatican showed to the victims of this man who was their representative and used their authority to conduct his grotesque abuses.

This film will be introduced by Sue Cox, a sex abuse survivor who was raped as a child by a Catholic priest. Buy tickets. 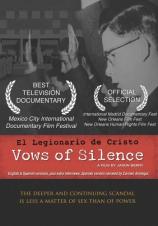 A stunning investigation by Jason Berry into the Legionaries of Christ.

The Legionaries of Christ was the brainchild of Marcial Maciel, a highly suspect priest who found favour with Pope John Paul II because of his phenomenal fund raising abilities. The Legionaries — a cult like and secretive order based in Mexico — grew into a major force within the Catholic Church. But when young Legionaries came forward to say that they had been sexually abused by Maciel, the Church closed ranks, right to the very top, to protect him.

This powerful film shows how for years the Vatican stalled the investigation into Maciel’s abusive activities and covered up the tyrannical way that he controlled those who had come under his influence. The present pope admitted that Maciel had built a system of power founded on obedience and deceit that allowed his criminal and immoral misdeeds to go unchecked for decades. Ratzinger wants to put this right (at last) but with assets of $33 billion (that’s $33 billion) in the bank, the Legionaries still have to be handled with kid gloves. Wouldn’t want to kill the goose that lays the golden egg, would we? Buy tickets. 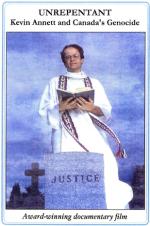 This multi-award winning documentary at last tells the truth about the almost unbelievable abuse and murder that took place in the Church-run Indian Residential Schools in Canada. It also explores Rev Kevin Annett’s efforts to document and make public these crimes - and the efforts of the church to stop him.

First-hand testimonies from residential school survivors are interwoven with Annett’s own story of how he faced firing, “de-frocking”, and the loss of his family, reputation and livelihood as a result of his efforts to help survivors and bring out the truth of the residential schools.

This saga goes on, as Annett continues his struggle to hold the government and churches of Canada accountable for crimes against humanity.

Unrepentant took nineteen months to film, primarily in British Columbia and Alberta, and is based on Kevin Annett’s book Hidden from History: The Canadian Holocaust. The entire film was a self-funded, grassroots effort, which is reflected in its earthy and human quality. Kevin Annett will be present at the screening to introduce the film and answer questions. Buy tickets. 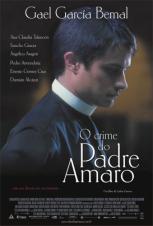 Set in Mexico in 2002, starring Gael Garcia Bernal, directed by Carlos Carrera. The film follows the experiences of a young, idealistic priest who is sent to a small parish to assist the ageing Father Benito. It soon becomes apparent that the Church is a hotbed of corruption and hypocrisy and the young Father Amaro is sorely tested and slowly drawn in.

The Catholic Church in Mexico declared that seeing this film was a mortal sin, but that didn’t stop it becoming the country’s most popular film ever.

The film will be preceded by a talk by David Ranan, author of Double Cross: Code of the Catholic Church – a book that exposes the corruption that has been at the heart of the Church since its very foundation. Buy tickets