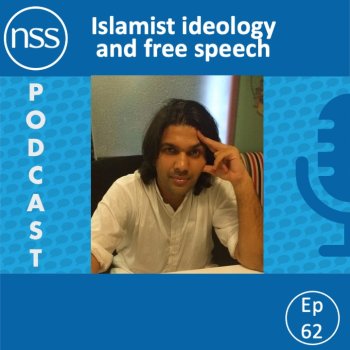 An interview with journalist Kunwar Khuldune Shahid on Islamist ideology and jihadism, blasphemy, and the importance of free speech.

Islamist extremism has been in the news again recently, with the murder of David Amess MP. But discussion in the British media has tended to focus more on the rise in attacks on Muslims than on the ideological motivations behind Amess' murder and cases like it.

In this episode, Emma Park interviews Kunwar Khuldune Shahid, a political journalist and Pakistan Correspondent for The Diplomat.

For Kunwar, 'political Islam' is almost a tautology, since Islam is intrinsically a 'political ideology'. In his view, the difficulty with the term 'Islamophobia' is that it is used by Islamist extremists around the world to silence criticism of their regressive interpretations of their religion. He argues that criticism of religion must not be demonised as racism, and talks about the real damage which accusations of blasphemy, backed up by national law, can inflict on dissenters within Muslim-majority countries.

He also explains why Western media need to do more to acknowledge that it is possible to be culturally Muslim without believing in Islam, and to interpret Islam in a way that differs from the dogmas propounded by religious leaders on behalf of 'all Muslims'.

Correction, 7/12/21: Nadia Murad was wrongly described in the podcast as Muslim. In fact, she is a Yazidi from Sinjar, Iraq.

Journalist @khuldune speaks to @DrEmmaPark about Islamist ideology and jihadism, blasphemy, and the importance of free speech.
Click to tweet