Ep 50: The Church of England's influence over education 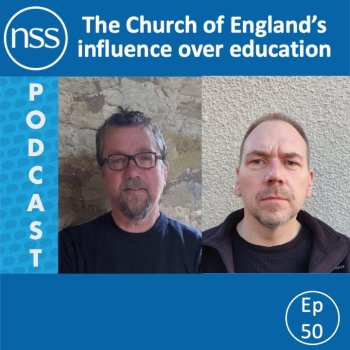 What does it mean for a school to be 'C of E'? And how far does the Church of England's influence extend over state-funded education?

In this podcast, Emma Park speaks to Chris Selway along with Matthew Hill, a former headteacher who contributed to the 'Religiosity inspections' report. Both speakers draw from their own experience of teaching to explore the ways in which some schools are being pressured to encourage proselytising, and the effects which this can have on students as well as teachers. The speakers argue that the C of E must be held to account, and that the way RE is taught needs fundamental reform.

How far does the Church of England's influence extend over state education? NSS podcast with @DrEmmaPark and former teachers Matthew Hill and Chris Selway.
Click to tweet