Ep 40: Rachel Laser - the Americanisation of the religious right 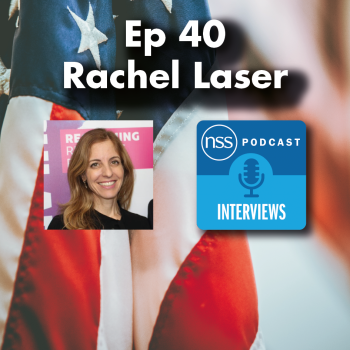 Emma Park speaks to Rachel Laser, president and CEO of Americans United for Separation of Church and State, to discuss the state of US secularism in the aftermath of the 2020 election.

They discuss the meaning of 'religious right', the legacy of the Trump administration's embrace of Christian nationalism and what to expect from a Biden presidency.

Rachel and Emma then examine the influence of the American Christian right on similar movements around the world, particularly in Britain and elsewhere in Europe. They consider how far the American religious groups have been responsible for promoting restrictive policies abroad in areas such as women's rights and LGBT rights, and how far they have merely been supporting indigenous movements.

Finally, Rachel shares her experiences of building an inclusive secularist movement, and what other groups can learn from the challenges that Americans United will face in the next four years.

This episode follows on from episode 37, which saw Alastair Lichten speaking to Andrew Seidel of the Freedom From Religion Foundation shortly before the election.

In the latest episode of the NSS podcast, @RachelKLaser discusses the state of US secularism in the aftermath of their 2020 election, and the American Christian right's support for similar movements around the world.
Share this episode