Ep 38: Disestablishing the Church of England 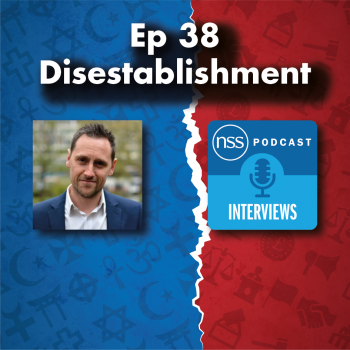 In this episode, Emma Park is joined by the National Secular Society's Stephen Evans to discuss the 2020 Bradlaugh Lecture and the case for disestablishing the Church of England.

The NSS's Bradlaugh Lecture provides an opportunity for a distinguished speaker to explore a secularist issue in detail. This year's lecture was on the topic of disestablishing the Church of England. It was given by Geoffrey Robertson QC, a human rights barrister and head of Doughty Street Chambers.

Accompanied by clips from the lecture, Emma and Stephen discuss the key issues raised. These include the importance of disestablishment to the NSS from the time of its founder, Charles Bradlaugh; the question of whether the Church of England's spiritual role and independence are compromised by its involvement in politics; and whether its role as the established church has had an impact on the C of E's historic cover-up of child abuse within its ranks.

Following Robertson's lead, Stephen and Emma also consider parallels between Henry VIII and Boris Johnson, the possibility that the C of E might simply disestablish itself, and why speaking about the coronation of Charles III in the wrong way might be an act of treason.

Support the podcast, share with a friend and leave a five star review everywhere you can.

The latest episode of the NSS podcast reflects on the 2020 Bradlaugh Lecture and the case for disestablishing the Church of England.
Share this episode