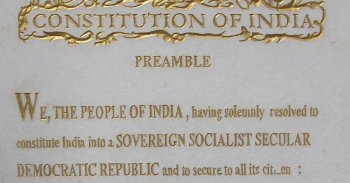 In this episode, Emma Park speaks to Gita Sahgal, a human rights activist and honorary associate of the NSS, about secularism in India, and the threats it is facing from the Hindutva (Hindu nationalist) movement endorsed by Narendra Modi's government.

Modern India has been a secular state since its foundation in 1947. But since the first election of Modi's government in 2014, as Gita explains, Indian supporters of secularism, pluralism, and the rule of law have been targeted, silenced, and in some cases imprisoned or killed; and the coronavirus pandemic has been used as an opportunity to clamp down on them further.

Gita and Emma also consider how the ideology of Hindutva is bringing its version of Hinduism closer to a monotheistic religion, and how this reinforces its intolerant stance towards Indians who are not Hindus, in particular, the large Muslim minority. Finally, Gita discusses her current work with One Law For All, which is campaigning against sharia law and other religious laws in the UK.

I'm listening to the latest NSS podcast, an interview with human rights activist @GitaSahgal about secularism in India, and the threats it is facing from the Hindutva (Hindu nationalist) movement.
Click to tweet

Tags: Bradlaugh, Hindu Nationalism, India, One law for all, Secularism