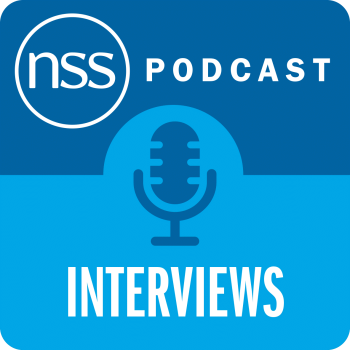 In the first of a series of discussions exploring religious freedom, Alastair Lichten spoke with Stephen Evans – chief executive of the National Secular Society. Stephen argues that it is religious freedom and secularism that allows people of different religions and beliefs can live together. In the interview Stephen explains the basis of religious freedom in human rights law and its limits.

This was part of a series of interviews leading up to our major conference Secularism 2019: Reclaiming Religious Freedom. Information on all the speakers and a videos from all the talks are now available.

I'm listening to the first episode of the new NSS podcast. You should check it out. In the interview Stephen Evans argues secularism provides the basis for genuine freedom of belief.
Share this episode

Tags: Education, Equality & Human Rights, Freedom from Religion, Freedom of Religion, One law for all, Secularism 2019