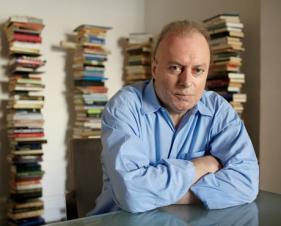 Christopher Hitchens began his journalism career in London in 1971. After emigrating to the United States in 1981, he established himself as a columnist, contributing editor, book reviewer and essayist for a wide range of publications from The Nation to Vanity Fair.

He also wrote numerous books including Cyprus: Hostage to History; The Elgin Marbles; The Monarchy: A Critique of Britain's Favorite Fetish; The Missionary Position: Mother Teresa In Theory and Practice, and many others.

He won the 1992 Lannan Foundation Literary Award for Non-Fiction and the 1996 Professional Integrity Award from the Society of Print and Broadcast Media.

Christopher Hitchens' books include God Is Not Great and his 2010 autobiography Hitch-22.