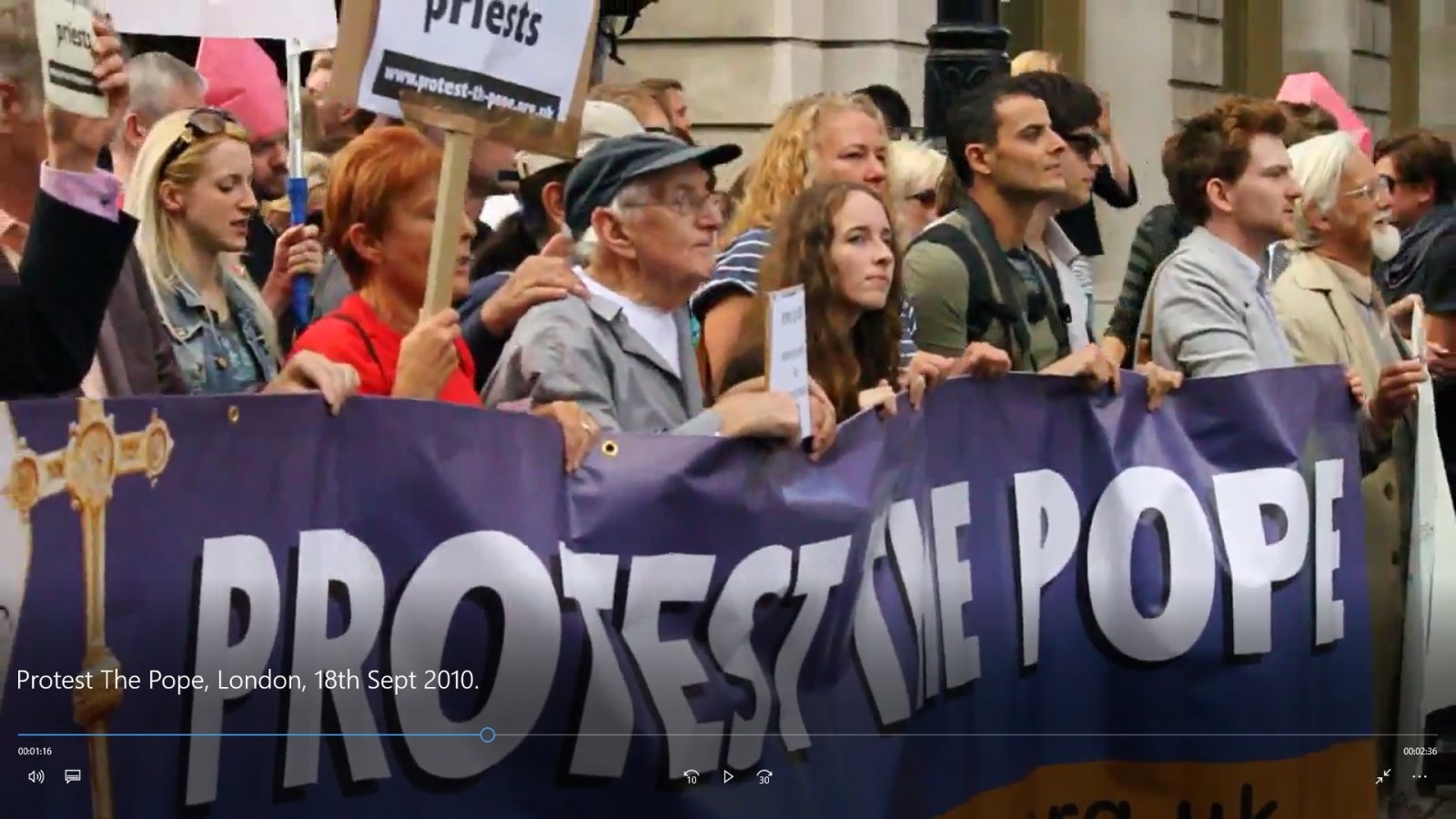 20,000 secularists marched through the streets of London to protest against the state visit of Pope Benedict XVI, which had a cost of £20 million to the taxpayer. Click to play a short video compilation from of the protest.

The NSS was one of the co-organisers of the Protest the Pope movement which was intended to highlight the Vatican's role in the concealment of child abuse and its denial of justice for victims. There were also protests about the Vatican's controversial and damaging stance on social issues, including its opposition to women's reproductive rights. The Vatican later admitted that it had been the largest demonstration against a papal visit ever seen.

The protest was planned almost as soon as the state visit was announced and the NSS organised and delivered a 28,000-name petition to Downing Street. Bar far the largest event was the 20,000 strong protest in London. Other invents included a Protest the Pope Film Season and party at Conway Hall.

A year after the visit the Church organised an opinion poll which found 91% of Brits said the visit made no difference to their moral outlook at all and 29% said they couldn't remember hearing or seeing anything about the visit.

The biggest proportion of those who recalled anything about the visit (albeit only 11%) remembered the NSS's campaign about the enormous cost of the jamboree to the taxpayer.

Protest the Pope started as a protest about the cost of this visit, but others have joined that have different issues with Ratzinger – women who want to take their rightful place in the churches life, priests who want to see an end to the celibacy rules, gay people who are – when they are indentified – driven from the seminaries and the priesthood.

Benedict is entitled to his views, and to make them clear. But we – the millions who despise those views – also have a right to make clear that they are damaging, cruel and have no place in legislation.