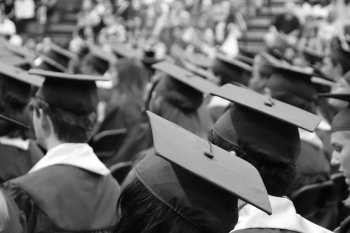 Specialist theological colleges focused on doctrinal training create inherent conflict with the academic freedom and anti-discrimination requirements of education. Therefore, they should neither receive public funds nor be registered with the Office for Students, argue Chris Higgins and Keith Sharpe.

Most of us are familiar with religious privilege in primary and secondary education, but few are aware of the extent of special religious treatment in higher education (HE). Some of these privileges are historical or ceremonial. Others, including public funding of several specialist theological colleges, raise serious questions about the impartiality of the state and the consistency of HE regulation.

British universities have a reputation for the academic and non-confessional teaching of theology and religious studies. Over the years, various churches have also established specialist theological colleges to train their own ordinands according to their own specific doctrine.

In a secular democracy, religious organisations should be able to undertake theological and doctrinal training of their future clerics, protected from state interference. They should be allowed to preach their values and beliefs, within the law, even if they conflict with values of equality, individual freedom or scholarship held by wider society. But they should do this without state support.

The Higher Education and Research Act (2017) requires HE providers that wish to have direct access to public funds (including student loans) to register with the Office for Students (OfS) and abide by their conditions of registration, which are designed to raise the quality of HE provision and increase access and participation. This presents challenges for theological colleges whose doctrinal beliefs conflict with these standards.

1. Academic freedom and freedom of speech

The governing documents of some theological colleges include statements such as activities "shall be carried on in strict accordance with the doctrinal basis set out" (Moorlands College) or require staff and students adhere to a statement of faith such as "We believe the Bible, as originally given, to be without error…." (Regents Theological College). Such colleges are not upholding the principle of academic freedom which, as outlined by the OfS, includes the ability "to question and test received wisdom" and "to put forward new ideas and controversial and unpopular opinions". Higher education should stimulate curiosity and new ideas, not support indoctrination. Education that requires adherence to specific doctrinal beliefs is in breach of the terms of registration with the OfS and should not be supported by public funds.

Specialist theological colleges do not admit students through UCAS, unlike universities and the majority of HE providers, but through their own internal, often non-transparent processes.

Although the Equality Act (2010) permits theological colleges to discriminate on grounds of religion or belief when admitting divinity students training for ordination, the Act makes no exception for discrimination on grounds of sex or sexual orientation, or on grounds of religion when admitting students studying courses other than divinity. Yet some theological colleges have doctrinal beliefs which discriminate against LGBT+ students. For example, Moorlands College's code of conduct for students forbids same-sex relationships, effectively excluding gay students. Other colleges with restrictive doctrinal beliefs run courses in business (Christ the Redeemer) or performing arts (Regents Theological College).

Discrimination in admissions, whether direct or indirect, is in direct conflict with OfS conditions requiring transparent and fair admissions and should preclude such colleges from receiving public funds.

Many theological colleges appoint their governing bodies not on a skills basis but by virtue of individuals' membership of, or leadership position in, a church or group of churches. One college's governors are "appointed by strict spiritual guidelines and biblical qualities that mirror Christ like attributes". The appointment of governors because of their leadership position in the church to which they owe their primary loyalty creates an unavoidable conflict of interest, particularly in cases where the church owns and operates the college. Governing bodies appointed in this manner are also inconsistent with the Nolan Principles of Public Life, which must be adhered to by all organisations in receipt of public funds.

In England, universities are exempt charities whereas specialist theological colleges are registered charities. The principal financial regulator of registered charities is the Charity Commission, which has different priorities. As a result, these theological colleges avoid the rigorous scrutiny of public funds designated for educational purposes which is undertaken by the Department of Education or OfS for other publicly-funded education providers. The OfS is also unable to fulfil its prescribed role of ensuring value for money for students and the taxpayer. Of particular concern is the fact that some theological colleges (e.g. Christ the Redeemer) are owned and operated by a church or group of churches with no clear separation of church funds from those provided from the public purse for educational purposes.

Over the past six months, the NSS has made formal complaints (known as 'third-party notifications') to the OfS regarding three specialist theological colleges: Moorlands College, Christ the Redeemer College London, and Regents College (Elim FourSquare Gospel Alliance). Unfortunately, the OfS is currently less than transparent about their investigations and outcomes. Changes in the recent Post 16 Skills Act (2022) make clear that the OfS can share updates on third-party notifications, its own investigations and responding actions. We trust the OfS response will soon be open to public scrutiny.

We consider the breaches of registration severe enough to merit deregistration and preclude these colleges from direct access to public funds. Assuming the OfS does not weaken its regulatory requirements, this will have implications for several other theological colleges. All HE providers must conform to the same high standards if they are to receive public funds. The OfS and other education authorities must stand up for their principles and refuse to let these theological colleges off the hook.

Keith Sharpe and Chris Higgins are members of the NSS's Secular Education Forum. The views in this article are those of the author and do not necessarily represent those of the NSS.