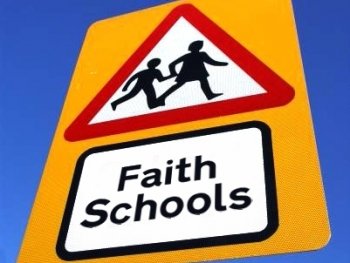 Religious discrimination in school admissions is opposed by people right across the religious and political spectrum. It is often the number one objection to faith schools and regarded by many as their most egregious aspect.

Faith-based admissions all require some way for parents to get proof or validation of their religion. This means that religious clerics play the role of gatekeepers to publicly funded schools. The circumstances in which these gatekeepers grant approval, their discretion, and the level of religious activity required varies widely. Because the law allows discriminatory policies, technical objections are often limited to challenging the basis of this endorsement or validation, or the consistency of their application.

The most obvious downside to faith-based admissions is that it builds discrimination into our schools system. The social economic selection resulting from faith-based admissions is well documented. The indirect effects are less obvious, particularly in minority faith schools. When coupled with a strong social pressure to attend faith schools, onerous and extremely intrusive admissions policies can be used by religious leaders to exert control over 'their' communities. Even where the intrusion is less direct, religious leaders are aware of the leverage church attendance and religious sign-off requirements give them in trying to rustle up worshipers.

This leads to widespread gaming of the system, principally by better off parents. Single parents, those who regularly work at weekends, low-income families, those with language barriers, disabled or seriously ill members, and those alienated by religious institutions, are all less likely to be able to maintain and document religious attendance. This could include many people within those religions.

A lot of discourse around such practices focuses on blaming 'pushy parents', rather than addressing the desperate situation where many families can't otherwise access a local school, or having to deal with the challenges of a socially segregated system.

Freedom of religion or belief demands that people get to determine their own religious identity. We generally take a dim view of anyone trying to dictate whether someone else is a 'true' Christian, Muslim or atheist. There are few circumstances where we need to declare our religious identity to the state, and none where it is subject to religious tests. One does not need a form or approval from their priest, imam, rabbi or other cleric, to mark their religious identity on the census; equality monitoring forms are not accompanied by a quiz, assessment or attendance register.

COVID-19 and lockdowns have forced some faith schools to temporarily abandon worship attendance as a selection criteria. Some schools have found other ways of assessing applicants' religiosity. But such religious self-identification is incompatible with selective admissions. Self-identification may reduce religious discrimination and the better off's ability to game the system. But it still leaves us with a two tier system, where those willing to at least feign or accept religion would always have more school choices.

Limited government efforts to address the potential corruption and favouritism in the system, have focussed on reducing the discretion granted to individual gatekeepers in admissions policies by codifying the conditions under which they should endorsement religious applicants. But that can have the counter effect of encouraging schools to demand even stricter religious attendance or declarations. And it does nothing to address the fundamental injustice of religious practice dictating school options.

By far the best solution would be to end the religious discrimination by removing exemptions to the Equality Act that allow faith schools to select pupils in this way. Any administrative hurdles would be more than worth the practical benefits, and moral imperative of ending state sanctioned discrimination.

Removing religious gatekeepers would make the school application process much simpler. It would end intrusive assessments, no one would be compelled to attend religious services or follow religious instructions. It would promote religious freedom, giving people the right to decide their own beliefs and identity, and how they want to worship – or whether they want to at all. It certainly shouldn't be a prerequisite to attend a publicly funded school.