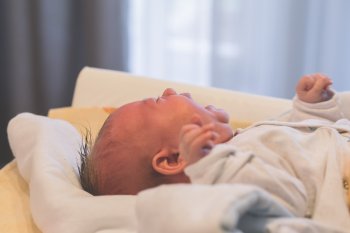 Two recently published medical articles have highlighted the dangers of the most common surgical procedure worldwide – and one that is performed almost exclusively for religious or cultural reasons on children too young to consent.

Infant male circumcision is widely acknowledged to be a non-therapeutic (i.e. medically unnecessary) procedure which is not actively recommended by any medical association in the world.

There are nonetheless many claims that it does confer some medical benefit on children and men, or that it is at least harmless. Medical benefit is often hailed as a coincidental advantage by religious leaders who wish to protect their traditional forced genital cutting practices from criticism or limitation.

But these two articles demonstrate otherwise.

The first, by Matthew Deacon and Gordon Muir and published in Nature, analyses the evidence behind the most common claims of the apparent benefits of circumcision, such as preventing urinary tract infections, sexually transmitted diseases and penile cancer. It picks out the flaws in previous studies sometimes cited as proof of these supposed benefits, and finds that most are generally outweighed by risks. Complications that can result from circumcision, the review paper finds, include bleeding, infections and impaired sexual function, in addition to the excruciating pain the procedure inevitably causes.

The article concludes: "From the perspective of the individual boy, there is no medical justification for performing a circumcision prior to an age that he can assess the known risks and potential benefits, and choose to give or withhold informed consent himself."

The second article, published in European Urology Focus, finds from research at a Canadian hospital that the risks of neonatal circumcision are "greater than generally assumed". From 2000-2013, 19 previously healthy newborn babies were admitted for acute complications following circumcision. Eight boys required surgery, three for severe bleeding. Seven were admitted to an intensive care unit, and two of these died.

Because circumcision is unregulated here, little data on complications is available in the UK. But the evidence that does exist is consistent with these findings. In 2011, Birmingham Children's Hospital admitted 11 baby boys to the paediatric ICU with life-threatening complications from circumcision.

The potential for such complications might be considered an acceptable risk of surgery performed to treat medical problems. Yet when the surgery is performed on a healthy, non-consenting child who has not yet had the opportunity to experience sex with intact genitals, there are no substantive arguments to justify placing that child at risk of such serious harm.

It is a singular anomaly that non-therapeutic circumcision continues to take place despite lack of a medical indication or even evidence of overall benefit. This turns medical practice and child safeguarding on its head. Most medical interventions start with an evidence base of benefit before even considering the risk/benefit ratio; the information is subsequently offered to patients who can then make an informed choice.

Children are usually given special safeguarding protections because of their vulnerability. In practice this means parents can consent on behalf of their child, in the child's best interests, to medically necessary procedures recommended by doctors. For obvious reasons, parents do not usually have the right to demand that doctors or others perform medically unnecessary surgical procedures on their children. There is no medical, ethical or child safeguarding reason why ritual genital cutting of male infants and small children should be the sole exception to this rule. Rather, there is every reason to treat ritual male circumcision of non-consenting children as a significant safeguarding concern.

Most people cherish agency over their own body, especially their genitals. Intact men recognise their foreskin as a sensitive, functional, erotogenic intimate part of their body; it would be a serious sexual assault to surgically remove the healthy foreskin from a non-consenting adult man.

That society values autonomy so much that we permit people to refuse even life-saving surgery, for example the removal of cancerous limbs, only serves to highlight the unjustifiable contrast between the rights of adults and the lack of protection afforded to male babies, children and the adults they will become.

These two latest papers add to a large and growing body of evidence that cutting healthy parts off the genitals of non-consenting, vulnerable people is not medically justifiable and can cause serious harm. There can be no justification for more children to be subjected to this procedure, which is usually requested by parents to concord with the parents' religious or cultural affiliations.

Wounding children without an explicit medical reason will usually result in child safeguarding procedures and sometimes to prosecution of the perpetrators. Ordinarily, religious or cultural reasons will not serve as an excuse. The courts have consistently ruled that ritual scarification, flagellation and the cutting of female genitals (FGM) on children cannot be justified even if they are central to the religious or cultural beliefs of the child's parents or community.

Yet no jurisdiction in the world prohibits the painful, risky and permanent procedure that is circumcision from being performed on young male children. While some jurisdictions, notably Iceland, have attempted to ban non-therapeutic infant circumcision, intense lobbying from religious groups has thus far proved an insurmountable barrier.

Things need to change. While we continue to give free rein to individuals to perform circumcision on babies without medical need, we're failing the thousands of boys who would have otherwise refused this lifelong modification to their bodies.

And, saddest of all, we'll continue to see babies die wholly preventable deaths from a wholly unnecessary procedure.

We are committed to ending all forms of forced non-therapeutic genital cutting. Join our campaign to protect all children from non-consensual and unnecessary body modification.