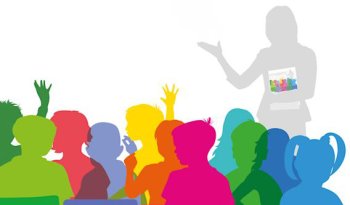 My husband Paul Stanley was a schoolteacher for 12 years and a headteacher for 15. He died in September 2019 aged only 54. Despite being head of a large Church of England school, he was a staunch atheist and a long-term member of the NSS. Naturally, this led to much wrestling of conscience: it was not always easy juggling his professional duty with his firmly held beliefs that a school wasn't a religious community and no place for leading worship.

Paul ran countless school assemblies over many years. He saw value in a whole school community gathering together regularly to reflect on the many significant issues that he felt were important for children to understand. However, he found it unacceptable that schools, well into the 21st century, still have a legal obligation to implement a daily act of collective worship.

Although this may be widely ignored, he thought it anachronistic that it is still written in law, as well as being enforced and inspected in faith schools. Despite having a good relationship with the Church, Paul resented the implication and the expectation that he should be some kind of religious leader when he stood in front of the children for a whole school assembly.

It was, of course, very important to him to be a positive role model for the children in his care. He wanted to make them think about the world, and he was more than capable of doing this, and of furthering their learning, knowledge and understanding, their social and moral development, and their wonder and appreciation of the world around them without leading worship and without recourse to any god. He was always very clear that he didn't enter the teaching profession to be an advocate for any religion.

Paul understood that school aged children becoming ever more diverse and nonreligious meant that they were more likely to access the moral messages if they weren't taught using religion. He was also frustrated by the fact that most published assembly materials focused on religious references and prayers, so he spent many years creating his own.

In the autumn of 2018, when Paul's illness was first diagnosed, he decided to publish his collection of assemblies, hoping to provide a useful resource to reduce the burden on over-worked headteachers. A book deal followed just before he became too ill to work, and 'Assemblies for All' was published posthumously in March 2021.

The best of Paul's assemblies are gathered in this book which is aimed mainly at Key Stage 2 pupils. The many themes covered include: creativity, humility, peace, thankfulness, truth and promises, animal rights, service to others, justice and fairness, overcoming adversity, courage, trust, perseverance, and the importance of friendship. None of these of course has anything to do with worship or requires religion.

Paul saw a significant gap in the market for an engaging assembly resource book written by a serving headteacher and with all children's interests and needs at its heart. Paul felt that it was more important than ever that children examine such themes and values at a time when the school curriculum has, sadly, become 'squeezed', narrow and results driven.

When he died, tributes from the school community flooded in. Parents said he was empathetic, understanding, and honest. Pupils raved about his 'cool' assemblies, and described him as 'respectful, decent, supportive, kind, and caring to children'.

Paul knew what made children tick. His wealth of experience in schools, as well as his humanity and compassion, are apparent from his assemblies. Positive messages are emphasised, and global human issues are explored, in thought-provoking ways – and without wedging in any deity.

Paul made a huge difference to many people's lives over the years. I hope he will, through his book, continue to have an impact on even more children in the future.

Assemblies for All: Diverse and exciting assembly ideas for all Key Stage 2 children, £22.49

Image: Assemblies for All cover (cropped)

Sue Garratt was a school librarian and school governor for many years, and is the widow of Paul Stanley. The views expressed in our blogs are those of the author and do not necessarily represent the views of the NSS.