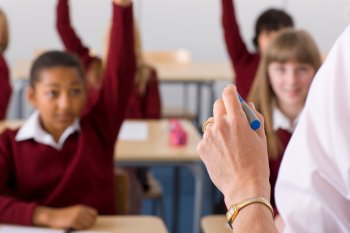 RE has become a subject in search of a purpose. There are better approaches to learning about the diversity of beliefs, and better uses of time than using outdated legislation to perpetuate it, says Keith Sharpe.

Rather than a distinct area of learning as with other curriculum subjects like maths, history or physics, religious education has always been a form of socialisation, a process through which children are inducted into a national identity based on societal norms, values and beliefs. Over the past 80 years these have changed drastically, critically undermining the justification for 'religious education' as a distinct subject.

The 1944 Education Act put religious education on the school curriculum as a legal requirement. RE was the only subject of the curriculum which that act prescribed; everything else was left to the discretion of schools and individual teachers. In the 1940s Britain was an overwhelmingly Christian country. Along with most of the population the politicians of the 1940s believed that all children should be brought up in a broadly Christian faith and that the ethics and morals engendered in schools should be entirely Christian. The Church of England was perceived as the bastion of national ethical values to which it was the duty of loyal subjects to give assent. Being Christian, or at least professing to be, was part of British national identity.

In these circumstances RE had a clear raison d'être. It was to ensure that each successive cohort of pupils understood the Christian religion and held it as part of their overall understanding of who they and their nation were. It was to induct them into a national identity based on a very specific theological ideology.

Over subsequent decades, however, this certainty of purpose was lost. Perceptions of the Church of England changed, and questions of national identity became much more complex. Without these two underpinning supports the rationale for religious education crumbled and collapsed. For years now there has been no agreement on what RE is for.

Concerned about the parlous state of their subject, the Religious Education Council of England and Wales established the Commission on Religious Education (CoRE) to make recommendations for the future. The final CoRE report published in 2018 proposed changing the name of the subject to 'Religion and Worldviews'. The basic idea is that now children need to learn about the diversity of worldviews and to have respect for social and cultural differences.

In a nutshell you could say that RE in the 1940s essentially said to children "you must accept the Christian worldview because it is the only truth", but in the 2020s RE says almost the exact opposite, telling children "you must respect each person's different worldview because it is true for them". It is difficult to imagine any other subject on the school curriculum performing such a total volte face. Without a consistent internal logic, RE's changes are never its own, but are always entirely determined by changes in the nature of the environing society.

Far from rescuing RE, the CoRE report appears likely to hasten its end. The report itself admits that "at school level the study of worldviews is inherently multidisciplinary". Well, if it is multidisciplinary and already covered by other subjects, the obvious question arises – 'what is the point of RE?'.

Furthermore, the proposed skills which the CoRE report thinks the study of worldviews will develop have nothing specifically to do with religion. For example it refers to the importance of analysing a range of source materials, understanding symbolic language, developing respect for others and their viewpoints, and interpreting meaning and significance. These are all generic skills of great importance but are not inherently religion related.

And many other established curriculum requirements cover the same ground as the CoRE report identifies for RE. Spiritual, moral, social and cultural education, fundamental British values, personal, social, health and economic education, relationships and sex education, and citizenship education all seek to develop respect for human difference and worldview diversity. There simply is no need for RE to replicate all of this.

It is also interesting to note that in overtly secular education systems such as in France, schools are already teaching what the CoRE report suggests, and doing so under the specifically non-religious title of éducation civique et morale. The CoRE proposals mirror the French syllabus for this subject remarkably closely. To say the least, it is somewhat ironic that the Religious Education Council of England and Wales is now trying to save the subject by copying what is taught in an education system where there are no references to the religious or theological.

The only major difference is that the CoRE report continues to argue that it is worth spending curriculum time describing to pupils the particularities of a variety of differing religious (and non-religious) beliefs and practices. This has been called 'religious literacy' but it is really just a superficial 'Cook's tour' of diverse credos and rituals. The obvious question is though: do pupils really need to know the intricate details of various religious groups' conceptions of the world in order to understand the principle that other people should be respected whatever they believe? One can have every respect for Hindu believers without knowing all about the texts of the Vedas. We respect other people because they share our humanity and, in the school context, also our citizenship and increasingly pluralistic national identity.

And the Cook's tour approach can be positively unhelpful and counter-productive for efforts to foster respect for difference. Many religions and ideologies have a terrible record on treating particular groups and individuals with appalling prejudice and cruelty. And in some parts of the world they still do. Teachers may sugar coat this, which is unhelpful and short-sighted. Otherwise any child being taught about the doctrines behind the treatment of women, gay people or freethinkers, for example, is at risk of developing negative feelings towards the followers of the religions that espouse them.

Time is hugely pressured in the modern curriculum. There are better ways to use it than trying to find a purpose for the perpetuation of RE using outdated legislation. It is time to move on from RE and ensure that the established curriculum requirements, especially citizenship education, are enhanced to provide children with a secular schooling which prepares them to consider and understand their future rights and obligations as citizens.

This is a shorter version of a paper which Keith Sharpe recently delivered to the annual conference of the Association of University Lecturers in Religion and Education. The full paper was entitled 'Why Religious Education is gradually and inexorably being replaced by Citizenship Education'.

Note - September 2021: A longer version of this article has been published in the Journal of Religious Education.