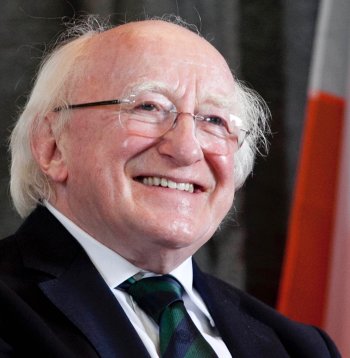 Over the last few years Ireland has made several steps in a secularist direction.

Same-sex marriage has been legalised. Abortion and blasphemy have been decriminalised. Politicians have made efforts – albeit questionably handled – to divest religious patronage from schools, in a country where around 90% of primary schools are Catholic. The government has declared its intention to support inclusive education on relationships and sexuality, creating tension with the Catholic Church.

Three years ago Leo Varadkar – who was then the prime minister, is currently deputy PM and is set to return to the top job next year – gave an explicit statement of intent. During a visit from the pope, and amid continuing revelations about the Catholic Church's mishandling of sexual abuse, he called for "a new, more mature relationship between church and state in Ireland – a new covenant for the 21st century".

But the commitment to secularist principles only appears to go so far. Disappointingly, the government has decided to oppose a challenge to Ireland's religious presidential oath.

On taking up the office, Ireland's president – and members of the council of state, a presidential advisory body – are constitutionally required to swear an oath "in the presence of almighty God". Earlier this year Ireland's current president Michael Higgins (pictured) expressed support for replacing this oath with an affirmation. Now the co-leader of the Social Democrats and four other public figures have taken a case to the European Court of Human Rights. They note that they, along with plenty of people in Ireland, would have "a conscientious objection" to swearing the current oath.

In response the government is arguing that the case should be thrown out, on the grounds that the claimants shouldn't be regarded as "victims" and therefore their rights haven't been violated. It also says the oath is "necessary in a democratic society in the interests of public safety, for the protection of public order, health or morals, or for the protection of the rights and freedoms of others".

But that's an unconvincing reason for an oath to be religious. The idea that religion is a precondition for morality isn't just open to debate; it's often actively damaging. Consider the Catholic Church's continuing child abuse scandals, or the recent report which highlighted the devastating impact of church-controlled mother and baby homes in Ireland. As Ciara Kelly, a presenter for the Irish radio station Newstalk, said in a discussion on the subject last week: "We do not need the presence of 'almighty God' for us to be moral or ethical."

The government's submission also says: "In line with the court's case law, pluralism, tolerance and broadmindedness – including respect for religious diversity – must be regarded as conducive to public order in a democratic society." But that's part of the problem which the litigants have with the current oath. The religious requirement sends the message that an office holder's suitability for public office is dependent on their personal beliefs.

The claimants will need to clear a high bar to convince the ECHR that the oath violates their human rights. And even if the court rules that the current oaths breach the rights of non-believers, a referendum will be needed to change them. But in recent days both The Irish Times and The Sunday Times have argued for change. The claimants' arguments are worth noting and supporting. And the case should raise questions across the Irish Sea too.

Parliamentarians at Westminster have had the right to make a secular affirmation since the passing of the Oaths Act in 1888. This followed National Secular Society founder Charles Bradlaugh's struggle to enter parliament, where he was effectively barred from taking his seat after being elected four times. But a row over the oath which the UK's head of state swears may now be looming.

As things stand, Prince Charles is set to swear three oaths when he becomes king. He will promise to be a true and faithful Protestant; to uphold the Presbyterian Church of Scotland; and to uphold the rights and privileges of the Church of England.

In 2018 a paper from UCL's Constitution Unit outlined several ways these oaths could evolve. It noted that the current oaths date from the period after the 'glorious revolution' of 1688, when Catholic Europe was still considered to be an "existential threat", and said they should be revised or dropped in a more secular and pluralistic society. The authors suggested several possible reformulations. The boldest of these would involve an oath about the union; an oath to uphold the constitution and laws; and an oath to the people.

Both the UCL paper and the case in Ireland show there are alternatives to the status quo. If policy makers view British citizens as equals, regardless of their religious identity or lack of it, they should consider them. And they should end the arrangement which requires our head of state to swear to promote particular religious institutions, or to practise – or pretend to practise – a particular religion.