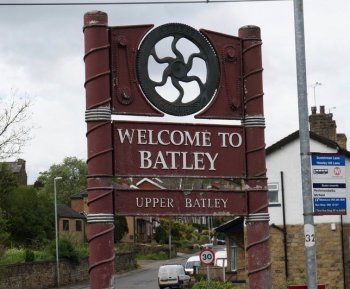 The recent events at Batley Grammar School are well-documented, but still shocking to recount. A loud group of intolerant Muslims gathered at the gates of a school demanding a teacher's dismissal because they objected to a resource he used in class. The school suspended the teacher and issued a grovelling apology. The teacher faced threats, and soon afterwards two of his colleagues were also suspended.

A local investigation has found that the resource which the teacher showed - a cartoon of Islam's prophet Muhammad - was not used with any ill intent. The teacher was nominally reinstated. But he and his colleagues can't return to work because they fear they could be attacked. Meanwhile the investigation has effectively enforced a blasphemy taboo on the school by saying the cartoon, or similar ones, shouldn't be used again.

The teacher at the centre of the row has been driven out of the area and into hiding. The mob that hounded him has got what it wanted. Other schools around the country will have taken note.

And the politicians have moved on. The Department for Education has called on parents to accept the outcome of the local investigation. The department and others have presented this as if it's some kind of reasonable compromise. But anyone who cares about teachers' freedom to do their jobs without facing intimidation and threats - on this issue or any other - should say what this is: a meek surrender to demands for censorship.

When the protests first broke out many politicians and commentators wrung their hands. Some called for calm, but the message was often that the main concern lay in the minutiae of a handful of teachers' decisions about how to present a particular lesson in one school.

The grubby Batley and Spen by-election, which limped to a close this week, helped to highlight the price to be paid for this. When the issue came up during the campaign, mainstream candidates' responses smacked of fear, self-interest and short-termist thinking. They either doggedly avoided it or offered responses which were weak to the point of meaninglessness, as a piece from Batley by Dan Hodges in The Mail on Sunday highlighted this weekend. Meanwhile George Galloway spotted an opportunity to weaponise the issue to try to win over some reactionary Muslim voters, saying the school had "absolutely no right" to use the cartoon.

Did the politicians think their positions were right, or did they just not want to upset a perceived bloc vote? Either way, this collective wall of silence was alarmingly predictable. It's now a standard tactic to treat large swathes of voters primarily as members of various religious 'communities', and to appeal to them through the gatekeepers who claim to speak for them.

But this approach sends the message that religious identity groups can make increasingly unreasonable demands and nobody will dare to say no to them. In Batley, there seems to have been a widespread unspoken agreement that freedom of expression - the most important freedom which citizens in a democracy enjoy - could be treated as a commodity and signed away for electoral convenience.

Politicians should beware where the multi-communal game leads. If they rely on religious identity politics to shore up their support, they'll come under pressure to extend more privileges to particular religious groups. Others will organise along competing identitarian lines, or grow bewildered that politicians appear uninterested in them. The principle that we all enjoy equal citizenship and that politicians should seek to serve all of our interests will be further frayed.

There will also be fertile ground for bad actors of various stripes. The Batley and Spen campaign was marred by inter-communal tensions and intimidatory tactics, including homophobic intimidation aimed at Labour candidate Kim Leadbeater. More moderate and reasonable voices, such as a group of Muslim women who rejected the authority of a "loud minority" of Muslim men this week, faced an uphill battle to make themselves heard. Several far right candidates also spotted an opportunity to advance their agendas.

This ugly campaign should be a prompt to pause and reconsider. Indulging religious tribalism is risky and unsustainable. Voters and politicians who value social cohesion and basic democratic principles should unite against it.