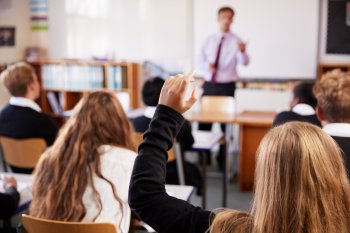 Ofsted recently published a subject level review of religious education, the first since its 2013 review found that the structures of local determination underpinning the subject were not fit for purpose. In the years since there has been a plethora of initiatives, commissions and reports calling for fundamental reform of the subject. Unfortunately, there is little in this review to suggest this has impacted practice in schools.

Given Ofsted's remit, the report is more limited than some which have looked at the subject. It says nothing about the poor public perception of RE. Because of the Section 48 'religiosity inspections' regime, Ofsted cannot inspect confessional RE in many faith schools.

But the review strongly suggests that the lack of an agreed pedagogical approach, aims and knowledge base for the subject is holding it back at all levels. In particular the review finds that approaches are often unscholarly because clear curriculum aims are not identified or because teachers pick approaches to fit content, rather than content to fit an overall pedagogy. While the freedom of teachers to create innovative lessons and try different approaches is important, the report finds that activities are often selected because they are perceived to be "engaging" or fun, without any clear curricular links.

Many religious groups resist what they perceive as an overly secular sociological approach to the study of religion. Philosophy of religion is also a powerful tool, though not suitable for analysing all topics within the subject and rarely utilised before key stage five. However, Ofsted recommends that different "ways of knowing", which could be translated as tools or approaches to study, be developed among all ages. This could be made more difficult when other less scholarly approaches or those only suited to particular religious traditions, such as theology and efforts to look at religions exclusively on their own terms, are encouraged - particularly in faith schools.

The review finds plenty of examples of positive coverage of religion being prioritised over critical approaches. This is explicitly called "unscholarly" and repeatedly contrasted with best practices.

Teaching about controversies where religion intrudes on the rights of others is often popular with students - although the report argues an excessive focus on this can give students a distorted view.

Legislation in England requires that RE syllabi "reflect the fact that the religious traditions in Great Britain are in the main Christian whilst taking account of the teaching and practices of the other principal religions represented in Great Britain". The report finds that this should be a starting point not a prescription, but that it can "unintentionally cause tensions", in disputes over how much time should be devoted to different religious or nonreligious traditions.

For example, it points out that "unfortunately, some leaders interpret the legislation in percentage terms, for example by devoting 51% of RE to the study of Christianity and 49% to 'other religions'". In many schools, particularly those with a religious designation, this can be even more unbalanced. For example, the Catholic Education Service estimates that 85-90% of RE curriculum time at key stage four should be devoted to Catholicism. Many Church of England dioceses require two thirds or more of RE content to be focused on Christianity. Such denominational RE has a wide impact on the subject but is beyond Ofsted's review.

The report finds that "simply covering a greater number of religious and non-religious traditions (as inclusive as that sounds) is no guarantee of a high-quality RE curriculum". But for too long there has been a belief that criticism of bias in the subject can be headed off through adding more diverse positive coverage. This only reinforces what I call the advertising space approach.

This can create particular problems when external speakers or groups are invited into schools. As the report says, such visits by faith (it does not add "or belief") representatives can "be valuable experiences for pupils because they are genuine and organic". However, "sometimes teachers can be unclear about the curriculum object". These visits can be exploited by external groups for inappropriate evangelism and teachers are often either not expected to or not prepared to set appropriate boundaries.

The disconnect between the ambitions of Ofsted and reformers on the one hand, and what actually happens in RE on the other, is only growing. Too often practitioners - from teachers to subject leaders and resource creators - work forward from what they would like to do, to find a purpose for the subject. This gets things the wrong way round and serves the interests of religious groups, rather than those of children and society.