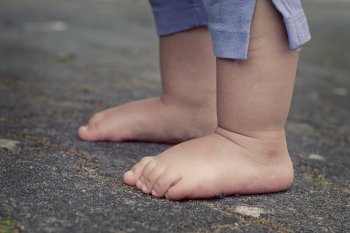 A judge has ruled that a boy who was taken into care shouldn't be subjected to non-consensual, non-therapeutic genital cutting. This is welcome, says Megan Manson - but every child should have similar rights.

A court has just ruled that a toddler taken into care should not be circumcised, despite the wishes of his Muslim parents.

A one-year-old boy known as "P" was removed from his parents at birth, following concerns about abuse. He was placed in the care of his maternal aunt and uncle, who are not Muslim and who have agreed to look after P throughout his life. In November, P's mother, with his father's support, sought the court's authorisation to have P circumcised before his second birthday. However, the local authority and the child's carers disagreed.

Justice Cobb concluded that the decision to circumcise P should be deferred until he is "able to make his own choice, once he has the maturity and insight to appreciate the consequences and long-term effects of the decision".

This ruling is very welcome. The judge has thankfully protected P's bodily integrity and his personal freedom of religion or belief, rightly siding with the local authority and P's aunt and uncle who think this decision should be for P alone when he is ready.

But there are some troubling elements in the judgment that suggest, had some of the circumstances of the case been different, the decision may have gone the other way. While it's a relief that the judge ruled in favour of P's human rights, parts of the ruling indicate the need to reconsider the place of infant circumcision in law and society.

#1 Why use a pro-circumcision doctor for expert evidence?

The judge used expert evidence from consultant urologist Altaf Mangera. Mangera is himself a Muslim, and it appears he was chosen specifically because he could "speak as to the religious importance and timing of the procedure". Unsurprisingly, Mangera gave the opinion that if the court feels P "should be raised as a Muslim child", his parents "should be given the same rights as all other Muslim families; which is to have a circumcision at a young age". Mangera also referred to the "suggested benefits" of circumcision.

To his credit, Mangera also acknowledged that there is "divided medical opinion" about the supposed benefits of circumcision, and said that if there was any doubt as to whether or not P would be raised Muslim, the court "may wish to delay the procedure".

But the fact that a urologist appears to have been chosen as an expert on the basis of his Islamic faith is a problem. Surely a urologist consulted to provide a medical opinion on circumcision should give just that, without any religious ideology attached?

#2 To what extent should the "strongly held views" of parents be considered?

The mother's representative argued that the parents' "strongly held views" should carry "considerable weight", which formed part of the judge's guiding principles in his ruling. But to what extent should these override the interests of the child?

As the judge pointed out, it is hard to ascertain P's wishes and feelings on the matter given that he is only a toddler. And yet we can draw reasonable conclusions from Mangera's description of circumcision as to how he would be likely to feel about the procedure.

Mangera said circumcision for young children requires them to be restrained; not something you would require in a painless and risk-free procedure, one imagines. The judge acknowledged that circumcision would be "painful and distressing to P for a number of days or weeks". For the operation typically used for children older than two, the "most difficult factor" to deal with is "fear of the injection or the procedure", and the recovery period "would be longer".

Furthermore, both parents expressed that they would like P to be circumcised now because later he may choose not to, as he would be "deterred by the likely pain and discomfort". The judge also acknowledged that circumcision later in life would "require greater cooperation from P".

If evidence suggests that P is more likely than not to be distressed by a medically unnecessary and permanent procedure, and to refuse it as soon as he is old enough to do so, should the feelings of the parents really trump the child's?

#3 Does the Children Act need some revising?

Much of the judge's decision appeared to hang on Section 33 of the Children Act 1989, a piece of legislation designed to protect children's welfare. The specific section of the act quoted by the judge says:

"While a care order is in force with respect to a child, the local authority designated by the order shall not cause the child to be brought up in any religious persuasion other than that in which he would have been brought up if the order had not been made."

This is no doubt intended to prevent children from being indoctrinated into a religion different to that in which they were raised, which could create tension and hostility between parents and carers. However, P's case highlights problems with this law.

Although P has lived with non-Muslim carers since birth, Section 33 appears to place a duty on local authorities to ensure the carers raise P within his parents' Islamic religion. The carers have in fact been doing this; in contrast, P's parents have done nothing to support raising P in their religion, apart from insist that he be circumcised.

The judge said it is "important that P retains, and is allowed to develop an interest in, the profound and rich tenets of the Islamic faith". The word "retains" here in particular raises eyebrows. It assumes that P has somehow internalised the tenets of Islam by virtue of being born to Muslim parents. And what if, at a young age, P decides he isn't interested in Islam, or he prefers to emulate his aunt and uncle's beliefs? Does Section 33 still compel the local authority to continue teaching him about Islam, and prohibit the carers from letting P share in their beliefs? This would effectively inhibit children in care from exploring different beliefs and making up their own minds about what to believe.

Thankfully, the judge determined that Section 33 does not require the local authority to hand P over for circumcision. But things may have been different if P's parents were Jewish. The judgment noted that although P's circumcision may represent an important component of his religious heritage, circumcision is "recommended not obligatory" in Islam.

While circumcision may not be a central requirement in Islam, most Jewish sects consider it an obligation to circumcise baby boys, preferably when they are eight days old. Had P's parents been Jewish, would Section 33 have compelled the judge to rule differently?

It would be concerning if the degree to which circumcision is considered a requirement in a religious or cultural tradition is a factor in deciding whether parents should be permitted to circumcise their children. It would lead to people of different faiths being treated differently before the law. And it could potentially open the door to other harmful religious practices being permitted, if it can be demonstrated those practices are sufficiently central to religious teachings.

#4 The bigger picture: All children should be protected from non-consensual circumcision

P has escaped a painful, permanent and medically unnecessary procedure that is also risky. In the US, where most circumcisions are performed under clinical conditions, over 100 babies die from circumcision complications every year. And in 2011, nearly a dozen infant boys were treated for life-threatening haemorrhage, shock or sepsis as a result of non-therapeutic circumcision at a single children's hospital in Birmingham.

There's a deep disparity in the relevant laws protecting children. Girls are protected from all forms of genital cutting, even forms less invasive than typical male circumcision, by the Female Genital Mutilation Act 2003. But there are no laws that protect boys from unwanted cutting to their genitals.

This disparity even led to contradictory remarks in the judge's ruling. He said the court will be "slow to conclude that a parent faithfully striving to follow the teachings of their religion is acting unreasonably", but also said it "can never be reasonable parenting to inflict any form of FGM on a child". Parents who do cut their girls' genitals frequently cite perceived religious obligations as the justification. So why do we treat male and female genital cutting differently?

The bottom line is this: nobody, regardless of sex or religious background, should be subjected to non-therapeutic genital cutting without their express consent. Certainly, no child should undergo such a procedure while they are too young to give informed consent.

P has been allowed to grow up and make the decision to retain or lose his foreskin when he is old enough to do so. All boys should be allowed the same choice. We shouldn't question the right of parents to circumcise their children only when a dispute arises – we should question it in every single case.

Image by Esi Grünhagen from Pixabay.