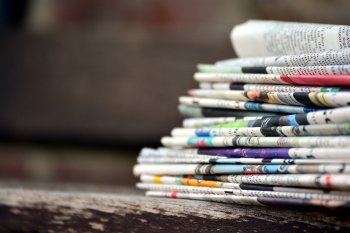 A parliamentary report has called for measures to promote 'religious literacy' in the media - including tighter regulation. Chris Sloggett says we should beware the risks of requiring journalists to tread on eggshells.

"We are calling for a fundamental shift in a media culture that is either too dismissive or disdainful of religion."

So say Yasmin Qureshi MP and the crossbench peer Elizabeth Butler-Sloss, on a recent report from a parliamentary group they lead, in PoliticsHome.

The report - the somewhat patronisingly titled 'Learning to listen', from the all-party parliamentary group on religion in the media - argues that there is a lack of 'religious literacy' in the media, this is a significant problem and measures should be taken to address it.

The report speaks of the importance of "shared values and social cohesion". Its authors also say they "entirely agree" that the media should be free to criticise beliefs. And there's no reason to doubt their sincerity. But the "fundamental shift" they propose would push a censorious pro-religious agenda on the press.

A particular concern is the report's recommendation that training providers should incorporate 'religious literacy' training into their qualifications. The APPG appears to consider religion an important enough subject to justify this treatment, but this is unconvincing. Should a journalist who has no interest in covering religious affairs be forced to care about them?

And what does this 'religious literacy' look like? At one point the report acknowledges that genuine religious literacy involves a critical understanding of religion's positive and negative impact. But a telling line arrives when the authors try to define the term.

"In practice," they say, "we think that religious literacy also incorporates respect for religion and belief as a valid source of guidance and knowledge to the majority of the world's inhabitants." Promoting 'respect' for religion - the ideas, not the people who hold them - is at odds with the principle that journalists should be free and willing to criticise all ideas as merited.

The report approvingly cites a submission which said "an assumption that society is secularised, religious beliefs are absurd and a problem and religious belief is in decline" represents "religious illiteracy". Elsewhere it says "religion is here to stay and a media that fails to recognise this will inevitably be out of touch". Much of the evidence it relies on comes from community groups and commentators with strongly pro-religious views.

So the call for greater 'religious literacy' is an endorsement of a pro-religious viewpoint, and embedding it in training courses for journalists would be a power grab. The report's recommendations for the broadcast media would have a similar impact: it says the current religious programming hours on the BBC should be protected and the remit of public service broadcasters redrafted to promote 'religious literacy'.

There are also signs of a power grab when the report calls on policy makers to look again at press regulation. And it makes one significant recommendation worthy of particular attention: that groups should be able to make complaints on the grounds of discrimination.

This was also a major point of contention when the press regulator Ipso decided to introduce guidance on the reporting of Islam and Muslims a couple of years ago. While these were being drawn up, in 2019, the regulator's outgoing chair described guidelines on discrimination as "the greatest issue Ipso has had to grapple with".

That year I expressed concern over the direction that Ipso's guidance might take. But when it came out last year, it was a balanced, fair and compassionate explanation of the relevance of clauses 1 (on accuracy) and 12 (on discrimination) of the editors' code.

For example, it told editors to ensure headlines were supported by the story beneath them (noting that this was why The Sun was found in breach of the code when it published the headline "1 in 5 Brit Muslims' sympathy for jihadis"). It told journalists to consider whether the fact someone was Muslim was relevant to the story before mentioning that detail. But it also made clear that an overly broad interpretation of the code would infringe on press freedom.

Ipso's decision not to ban discrimination against groups produced a swift backlash, particularly from several community groups. And there were echoes of this in a higher-profile furore a few months later.

In February a letter from more than 100 public figures to the BBC denounced an interview between BBC Woman's Hour presenter Emma Barnett and Zara Mohammed, the new leader of the Muslim Council of Britain. They called the interview "strikingly hostile", largely basing their criticism on the fact Barnett had asked questions about the number of female imams in Britain.

The hyper-scrutiny that followed this relatively unremarkable interview may well tempt some journalists to steer clear of such terrain in future, and to avoid asking religious leaders tough questions. Such offence-taking risks sending a very bad message about the principle that power should be held to account, and shutting down valid lines of questioning.

But the APPG's recommendation would turn similar culture wars into a formal process. It would hand a weapon to well-organised groups to shut down coverage they dislike. And though the report rightly acknowledges that diversity exists within religious groups, handing community leaders the power to bring such claims would disempower dissenters within their own communities.

Even if those claims were dismissed, they would deter prudent journalists from covering issues which may upset religious groups. And they could also prompt a counter-reaction, by incentivising other, perhaps less scrupulous, journalists who fancy a fight.

So the APPG's drive for 'religious literacy' in the press would require journalists to tread on eggshells. It would abandon the crucial principle that the press holds power to account, not vice versa. And it would give group leaders greater power to shut down criticism of their record on individual rights. It would be bad for social cohesion and for press freedom, and should be rejected.

Image by congerdesign from Pixabay.