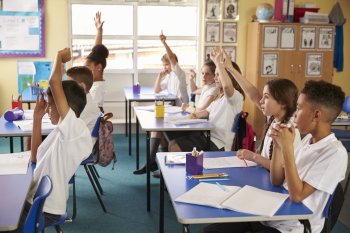 After the Scottish parliament's decision to sign a charter for children's rights into law, Megan Manson says parties in the upcoming election should challenge religious groups' privileged influence over education policy.

In March, the Scottish government took a bold step in safeguarding children's rights. It incorporated the United Nations Convention on the Rights of the Child (CRC) into Scots law, which makes it unlawful for public authorities to act incompatibly with the CRC.

This is a progressive move, and remarkably it secured unanimous support among MSPs. But it means little if religious interference into the rights and freedoms of children is not curbed. Religion – and particularly the major Christian denominations – continues to wield a disproportionate influence over many aspects of Scottish life.

This is despite the fact that Scotland's religious landscape is changing dramatically. Some of the most recent data available, collated by researcher Clive Field in February, reveals that the percentage of Scots who define themselves as Church of Scotland declined from 32.1% in 2012 to 21.5% in 2019, and Catholics from 15.5% to 13.6%. In the same period the percentage of Muslims has increased from 1.5% to 1.8%, and the percentage of those with no religion has shot up from 41.3% to 53.7%.

The imminent Scottish parliamentary election is a chance for parties to show what this might mean in practice. And religious control of Scotland's schools currently undermines children's rights in several ways. So here are three pledges that parties should adopt to ensure incorporating the CRC into law isn't simply political virtue signalling, but truly does improve the rights of all children in Scotland.

Article 14 of the CRC protects the right to freedom of thought, conscience and religion, while Article 29 protects a child's right to an education that develops their personality, talents and abilities to the full. Including schools that can impose religious values, beliefs and practices within the state education system is incompatible with these rights.

A school system divided by religion is wholly unsuitable in a country where over half the population has no religion and where numbers of adherents to minority religions are increasing. Scotland should work towards ensuring all of its schools are community schools that are equally welcoming to children and families of all religions and beliefs.

CRC Article 2 protects children's rights to protection from all forms of discrimination, including discrimination based on their parents' beliefs. However, religious discrimination is permitted in Scotland's denominational schools, enabled by exceptions in the Equality Act 2010. This means Catholic schools can prioritise children with baptism certificates in their admissions, and require prospective teachers to hold a Catholic Teaching Certificate as well as a religious reference.

Allowing state-funded schools to discriminate against children and families on the basis of religion flies in the face of the principles of inclusion and fairness. It also goes against Article 2 of the CRC. No school in Scotland should be permitted to pick and choose pupils on the basis of religion in this way. And discrimination against teachers is both unfair to the staff affected and a pointless hindrance to children getting the best possible education.

The Education (Scotland) Act 1980 requires schools to hold daily acts of religious observance (which is invariably Christian). Although parents have the right to withdraw their children, this is frequently challenging to implement in practice, and children cannot withdraw themselves.

The UK is the only Western democracy to legally impose worship in publicly-funded schools. The United Nations has repeatedly challenged the UK's collective worship and religious observance laws on the grounds that they are incompatible with Articles 14 and 29 of the CRC, in addition to Article 5, which recognises the child's increasing capacity to make their own choices.

The laws are a relic of a time long past when Christian worship was a social expectation. In the largely irreligious 21st century Scotland it is an illiberal anachronism, which again would ordinarily fall foul of equality law were it not for the exceptions built in to permit religious observance. Repealing the religious observance laws would be an obvious and comparatively simple means of upholding children's rights in Scotland's schools.

Any party that were to include one of these pledges in its manifesto would face hostility from the religious elites, horrified to see their elevated position in Scotland's schools under question. But if Scotland's political parties take their commitment to the CRC seriously, they must be prepared to confront religious privilege. Children's rights cannot come second place to religious ideas.