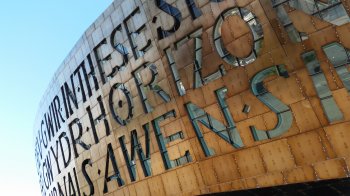 Last week the Welsh parliament passed the most comprehensive education reform in its history. Children across Wales will now have access to a more balanced religion and belief curriculum. And the introduction of statutory relationships and sexuality education represents a significant step forward for children's rights. But amid the laudable overhaul, one reform was conspicuous by its absence.

Across the country pupils are continuing their phased return to on site learning. They will have missed out on so much of the communal school experience, including assemblies. One aspect of school assemblies that hasn't been missed is organised worship. But as things stand, the law still contains a bizarre requirement on all schools in Wales to ensure pupils take part in a daily act of worship, which must normally be "wholly or mainly of a Christian character".

This anachronism often comes as a surprise for parents. For example, Helen from Swansea signed our petition on the subject to say: "I was shocked to discover my 6-year-old son was being asked to pray in class, something that had never been discussed with us as parents."

There is a right to withdraw, but due to potential stigma, general awkwardness, and in some schools, active discouragement, this is rarely exercised. Many schools ignore the requirement or creatively reinterpret it to hold inclusive assemblies. But where worship is imposed it undermines children's rights and is alienating for the majority of pupils.

It's not clear how many schools have tried keeping up with the requirement through online learning in recent months. But it's safe to assume that home learning has meant that for the first time, for many pupils, the decision of whether or not to participate in worship during the school day has been genuinely voluntary.

Collective worship has been raised as an issue throughout the curriculum reform process. But calls for change have repeatedly been kicked into the long grass. As Anthony, another supporter of the petition from Cardiff, told us: "I have been writing to my Welsh assembly member for years about this. The opt out is not feasible at all, so worship is in effect enforced."

Excuses for delays are running out. Now is the time to build on the consensus behind curriculum reform to make sure all aspects of the school day are inclusive and suitable for all pupils. That means ending mandated worship and reconsidering how assemblies should be designed. This would have the support of parents like Chris, from Wrexham, who signed the petition to say: "Group assembly is massively important but should not be a platform for religious worship. How can an assembly be fully inclusive if some have to opt out to avoid religion?"

The new curriculum creates a duty on all schools to "promote knowledge and understanding of (the) UN conventions on the rights of children and persons with disabilities". The NSS has long argued that the collective worship requirement is incompatible with this convention. The UN Committee on the Rights of the Child has agreed with us and called for an end to this requirement in its last two periodic reviews of the UK. Developing case law also throws the sustainability of the collective worship requirement into question, as some parents are demanding an inclusive alternative.

Laws requiring schools to hold worship should be removed across the UK. Wales has taken the lead on reforming religious education and should now do the same with collective worship. The worship requirement was introduced by English politicians in the 1940s, when they were anxious about declining Christianity – and determined to protect the English church's position. Such a mandate clearly has no place in 21st century Wales.

That's why ahead of the 2021 Senedd election, we're calling on all political parties to support an end to the collective worship requirement. Please join me in doing so.

After leading the way on reforming religious education, Wales should end the anachronistic collective worship mandate in schools.
Click to tweet