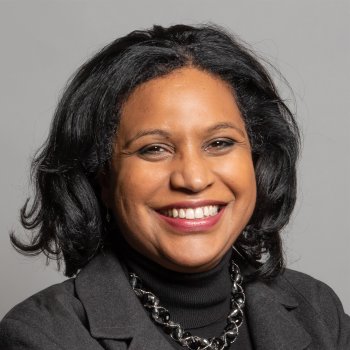 A shadow minister was wrong to say religious registrars should be able to opt out of providing same-sex marriages. And her comments are a reminder that we don't need a ministerial office for faith, says Stephen Evans.

Janet Daby, Labour's shadow minister for 'women, faith and equalities', resigned from the party's frontbench this week after suggesting that religious registrars should be permitted to refuse to carry out same-sex marriages.

In doing so she reopened an old argument that was settled in 2013 when the European Court of Human Rights ruled that requiring religious civil registrars to perform their duties fully and without prejudice does not amount to religious discrimination.

The case concerned Lillian Ladele, a civil registrar who objected to being required to officiate at same-sex civil partnership ceremonies due to her Christian beliefs. Her request for an accommodation of her faith was turned down by Islington Council, which insisted that all registrars should perform civil partnership duties – ­ a secular task ­­– in accordance with its 'dignity for all' policy.

Ladele took them to court claiming harassment and discrimination on grounds of religion or belief. After her case was dismissed by the UK courts, she went all the way to the ECtHR, which also dismissed her complaint.

The NSS intervened in that case to argue that any further accommodation of religious conscience would create a damaging hierarchy of rights, seriously undermining UK equality law.

As we argued at the time, anti-discrimination laws are not solely about ensuring provision of services. It's not enough that another civil registrar can step in to provide the service to same-sex couples. If such discrimination became normalised, there may be cases where this becomes impractical anyway. But discriminatory acts have a moral significance beyond the deprivation of a service. Accommodating discriminatory demands causes serious moral harm, undermining the dignity of those discriminated against.

But Daby, apparently prioritising the 'faith' bit of her 'faith and equalities' portfolio, suggested this should be revisited. She said there should be a conscience clause to protect people of faith being penalised for objecting to performing certain tasks because of their religious duties.

Evangelical Christian groups have long argued for such a 'conscience clause' to give Christians and other religious people an unfettered right to manifest their beliefs in the workplace. They've lobbied for a 'duty of reasonable accommodation' that would allow them to discriminate – usually against gay people – on religious grounds.

Their efforts even persuaded the UK's equality watchdog, the Equality and Human Rights Commission, to carry out a major review of Britain's equality and human rights legal framework to see if it sufficiently protects individuals with a religion or belief.

It found that it did. It dismissed calls for a duty of so-called 'reasonable accommodation', saying the law "should not be changed to permit individuals to opt out of work duties, to accord with their religious or non-religious beliefs, where this has an actual or potential detrimental or discriminatory impact on others".

It reasoned that the law struck the right balance between protecting religious freedom and upholding the right to non-discrimination.

It was therefore alarming to see someone in Janet Daby's position again advocating for religion to be used as justification for discrimination. Any further accommodation of religious conscience would drive a coach and horses through equalities legislation – and undermine the equal dignity of gay people. As spokesperson for equalities, her job was to protect equality, not undermine it. Hopefully, her resignation indicates that hers is not a position shared by the Labour Party.

The party may also now wish to consider whether rolling the portfolios of 'faith and equalities' together is such a good idea when the two are so often in conflict with each other.

Better still, how about we just drop the minister for faith role altogether? The non-religious and religiously unconcerned don't have a minister for their philosophical views; it's not clear why the religious should have one. Religious organisations and faith groups are, as with any other voluntary and special interest groups, at liberty to advance their own interests. And they are perfectly able to do so without the additional support of a minister to champion and celebrate their causes.

Let's hope Labour's next shadow equalities minister works to roll back the many religious exceptions in equalities law, not extend them further.

Exceptions within the Equality Act of 2010 intended to accommodate historic religious privileges are undermining efforts to make Britain fairer and safeguard everyone's rights.