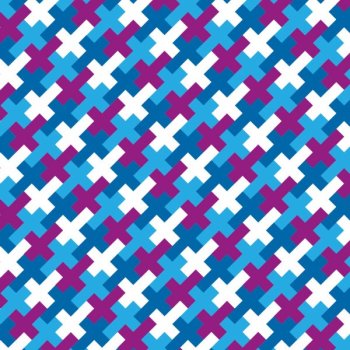 Imagine if the history curriculum in schools was controlled by the Tudors – or the Victorians. The subject would be distorted by the worldview of the powers controlling it. This parallels what is happening to the subject of religious education. RE is being funded and controlled by Christian, usually Church of England aligned, trusts and producer communities – groups who produce resources to shape how their religion is covered.

For most schools, RE has many aims but is primarily about developing a religious literacy that enables pupils to negotiate a religiously plural society. But the Church of England, with its long history of involvement with RE, is keen to pass on its faith to the next generation. Its evangelical mission is not limited to pupils in its own schools.

And sympathetic groups have been able to put their stamp on RE syllabuses in schools across much of the country. As local authorities have slipped from power in education, control of RE has fallen into the hands of producer communities, usually funded by Christian trusts.

The most prolific is RE Today, listed as a trading name for the charity Christian Education Movement. Its team of advisers also provides leadership and sponsorship for the National Association for Teachers of Religious Education (NATRE). RE Today developed the Understanding Christianity resource for the C of E. Members of its team, along with many C of E diocesan advisers, also act as advisers for numerous Standing Advisory Councils on Religious Education (SACREs), which determine RE curricula at a local level.

RE Today produces two model syllabuses that the 150 or so regional SACREs can use under licence with local authority funding. As part of the licencing agreement, the syllabus is not to be reproduced or published openly. So, unlike the National Curriculum, what children are learning in many schools is hidden behind password protected websites. This is highly unusual and conflicts with the interests of parents, school visitors and the general public who have provided the funding.

Its first syllabus – 'Model A' – originally included the note that it was approved for use in C of E voluntary aided schools. The coverage of Christianity has most learning outcomes linked to Biblical passages. In total, about 40 other authorities have adopted this model or one almost identical to it. It means they are, probably unwittingly, legally obliging teachers in many schools to follow a syllabus that was designed to suit the expectations of the small minority of the more evangelical C of E schools.

RE Today's 'Model B' syllabus relies heavily on the 2016 Understanding Christianity resource. This syllabus has now reached almost 20 local authorities. The result is that a great many community schools nationally are now following a syllabus that is deferential to the C of E's expectations for the subject. It is closely mirrored by 'diocesan syllabuses' nationally to ensure that, even if their schools are following a different syllabus, Understanding Christianity is the expected resource for the teaching of Christianity in all of their schools.

Understanding Christianity has clear limitations, and these have always been noted on its dedicated website. Most importantly it is a resource for the teaching of Christianity and not teaching about Christianity. There is no historical framework to help pupils understand the development of Christianity from a small Jewish cult to the diverse range of beliefs and practices that fall under the umbrella term of Christianity in the world today.

It relies on an underpinning notion of 'text-impact-connections', which is deeply flawed. It posits that Christians are primarily motivated by the Bible, this has an impact on them and then pupils should reflect on how that teaching connects with their own lives. The only evidence offered is by way of case studies of unusually devout individuals and groups with no reference to empirical data. There is almost no acknowledgement of the fluid and syncretic nature of Christian belief and practice, whilst mainstream Protestant or Anglican church teachings are generalised as being the accepted norm for Christians.

The resource tends to depict Christian teachings as timeless and uncontroversial, neglecting to consider contradictions and conflicts which would undermine that narrative. It asks leading questions, such as "What did Jesus do to save human beings?". And by emphasising the positive impact of Christianity, it helps to perpetuate the essentialising of religion which academics have identified as a serious weakness in the subject.

In some ways, Understanding Christianity can be a useful tool for teachers. But it is not available for public scrutiny. Access to it is restricted to those schools who have attended a training course, usually run by diocesan advisers. Its approach and the extent of its influence illustrate a wider problem: religious groups and producer communities enjoy too much control over the leadership, financing and teaching of RE.

A balanced study of religion and worldviews, for example, may well show how a communal worldview can enrich and enhance people's lives and benefit society. But it should also show how religions and worldviews can be motivators for harmful practices and how, for many, leaving a religion can be empowering, liberating and life-enhancing. The fact that only a minority of adherents are devout must be acknowledged.

A change of approach may also help to address the lack of credibility around the teaching of religion as it stands. According to YouGov polling, religious education is one of the least valued subjects in our schools. Tackling this requires the complete remodelling of the administration, teaching, resourcing and monitoring of RE, or 'Religion and Worldviews' as suggested by the Commission on Religious Education in 2018.

But it may also be that powerful groups, such as the Church of England and the producer communities, stand in the way of the reform necessary to make that happen. That would beg the question of whether religious education is redeemable in its current form. Perhaps the subject itself needs to be reconsidered. In an increasingly pluralistic and non-religious society, religion could instead form part of a wider study of cultural, political and societal diversity.

Either way, religion should be taught in an objective, critically-informed and pluralistic manner. Education shouldn't be a vehicle for bringing up the next generation of believers.

Chris Selway is a former RE teacher and the author of the academic study Understanding Christianity and the study of religion and worldviews. The views expressed in our blogs are those of the author and may not necessarily represent the views of the NSS.