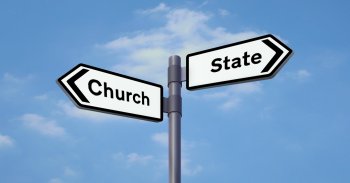 The C of E hierarchy has shown little enthusiasm to take the lead on this. The current archbishop of Canterbury Justin Welby has said disestablishing the C of E wouldn't be a "disaster", but said the removal of its privileges should be "a decision for parliament and people".

In his book 'Cut the Connection: Disestablishment and The Church of England', the former bishop of Woolwich Colin Buchanan said: "There seems to be almost a principle of history that leaders in established churches often have difficulty in thinking positively about disestablishment." But he notes that when their times came, both the Church of Ireland and Church in Wales took to disestablishment "like ducks to water".

So much so that 150 years on, the Church of Ireland is celebrating 150 years of "independence from the state" with the strapline "free to shape our future". Welby himself preached at the church's 150th anniversary service. He remarked how "God reminds us constantly of temporal security of complacency and reliance on earthly riches" – and, without any apparent irony, said disestablishment "liberated" the Church of Ireland from that.

But despite the upbeat nature of the 150th celebrations, disestablishment wasn't universally regarded so positively at the time. Reflecting on the separation, the archbishop of Armagh spoke of "widespread uncertainty about whether the church could survive financially and also that it might fragment into different doctrinal and ecclesiastical factions".

Nevertheless, survive it did, and it now recognises that disestablishment enabled the church to "find afresh its independence and mission".

Are these the sunlit uplands that could await the ailing Church of England, should it decide to forgo its privileged status as the established church?

The Church of England's policy in relation to the state today is a matter for the church. But the state's approach to this matter is all of our business. And the arguments for maintaining the established church are looking thinner by the day.

The majoritarian argument for an established church has gone. Fewer than two per cent of people in England regularly worship at its churches. Only one per cent of people aged 18-24 say they belong to the C of E. Over half of the population say they do not belong to any religion. For all its claims of being 'a presence in every community', its relevance to people's lives doesn't justify its prominence in our public life.

Any argument that the church provides the nation with some sort of moral leadership has also long disappeared. Most of us no longer look to clerics for ethical guidance. Quite the opposite. With their moral compass clouded by dogma, religious leaders have often proved an obstacle to desirable and popular progress on issues such as assisted dying and same-sex marriage. Recent findings from the Independent Inquiry on Child Sexual Abuse that the church covered up abuse, gave abusers a place to hide and often offered them more support than victims surely place the final nail in the coffin of any moral leadership argument for retaining a state church.

The argument from tradition isn't so much as an argument for establishment as the absence of one. Warnings of irreparable damage to the UK's social and cultural fabric are little more than thinly veiled prescriptions for inertia designed to create the impression that disestablishment is not, and will never be, possible. But it is a matter of historical record that disestablishment can and does occur – and with favourable consequences.

Perhaps the main argument advanced these days for preserving an established church is that it secures a platform for religion more generally in the public square. But why should religion enjoy a special platform to participate in public life? Religious voices must be free to participate in the affairs of the nation, but it should be on terms of equality, not privilege. Their interests should be given no more or less weight than any other special interest groups.

The pretence that we're still a Christian country lacks authenticity and makes it harder to foster any sort of inclusive national identity that we can all buy into, irrespective of our religious beliefs or lack of them.

There are those who warn that a relatively benign established church acts as a sort of bulwark against more extremist forms of religion. But the presence of an established church gives fundamentalists and religious groups which are more reactionary than the C of E a foot in the door. Anglican bishops are some of the most enthusiastic proponents of multifaithism. As the late Christopher Hitchens noted: "The barbarians never take a city until someone holds the gates open to them – and it's your own multicultural authorities who will do it for you."

Christian privilege is morphing into a multifaithism that is fuelling the fragmentation of society. It's led to the spread of faith schools, the erosion of freedom of speech in the name of 'tolerance' and 'respect', and the ghettoisation of ethnic minorities – all of which undermines the notion of common citizenship. A secular state would be better placed than an established church to keep the more destructive elements of religion in check.

Many Anglicans also agree with the principle of church-state separation – and make theological arguments for it. As the examples of Wales and Ireland show, disestablishment could breathe new life into the church. Virtually every other church in the world manages fine on its own two feet.

Writing in The Times in 1989, the religious commentator Clifford Longley said: "Any Christian church which still needs official state privilege for support has chosen to manacle itself to a spiritual corpse. In their heart everybody knows it, but no one will admit it."

For the time being, the church still appears unready to unshackle itself from the corpse. Those who benefit from religious establishment will instinctively cling to it – not least the bishops whose seats in the House of Lords give them political lobbying power and prestige.

But if we value equality and democracy, disestablishment needs to happen. It is right in principle and would be an important step towards recognising all citizens as equals, irrespective of their religion or lack of it.