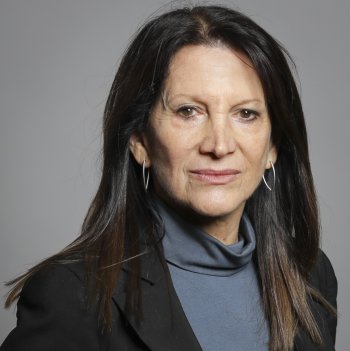 On the 10th anniversary of the Equality Act coming into force, Lynne Featherstone says reforms proposed by the NSS on education, caste discrimination and employment would make Britain fairer and more cohesive.

It's been a decade since the Equality Act of 2010 came into force. Heralding an important step forward in the fight to protect individual rights and freedoms, it is one of the most important pieces of legislation to have been enacted in recent times.

As a country we should be extremely proud of the Equality Act. It has contributed to the UK becoming, on the whole, a more tolerant nation and has been vital in tackling discrimination against minorities and safeguarding individuals' rights.

This ten-year anniversary provides a timely opportunity to assess the impact of the act. And as the National Secular Society's excellent, informed, and forensic report, Faith-shaped holes, demonstrates it is certainly not a case of 'job done'.

For those of us who campaign for justice and equality, Faith-shaped holes is a much-needed reminder that the battle is far from over. We cannot become complacent in defending and promoting freedoms and rights for all.

As the report makes clear, the continued existence of exemptions for religious privilege is completely at odds with ambitions to create a fair society. While the aspirations of the Equality Act were – and remain – laudable, this shouldn't blind us to the fact that provisions within the act have created stark areas of ongoing discrimination and gaps in the guarantees of equality. Until exemptions that create religious privilege are tackled and ended, we cannot claim to have created a just and fair society.

We are all too aware that these are not abstract concepts and theoretical debates. As the UK becomes increasingly diverse, getting this right is vital for community cohesion; for democratic participation and legitimacy; and for ensuring all individuals are afforded the same opportunities and have the same chance in life. This goes to the heart of how we want shape our country and our obligations to protect everyone across our society.

With this in mind, it is extremely welcome to see the NSS identify practical reforms and measures that can overcome three areas of critical and growing concern. Religious exemptions within the Equality Act continue to create problems across the UK's education system; across communities with caste-based discrimination issues; and in terms of employment opportunities on the grounds of belief. The proposals put forward by the NSS would tackle these challenges head-on and will have a positive impact across the entirety of the UK. They need our backing and they need government to act.

Now is the time to redouble our efforts and continue to build a just and equal society. The Equality Act has created a wonderful base for us to build on – Faith-shaped holes shows us how we go further and continue the fight for a fair, just and inclusive Britain.

This is a lightly edited version of Lynne Featherstone's foreword to the NSS's report. You can read the report in full

Baroness Lynne Featherstone is a Liberal Democrat peer and a former equalities minister. The views expressed in our blogs are those of the author and may not necessarily represent the views of the NSS.