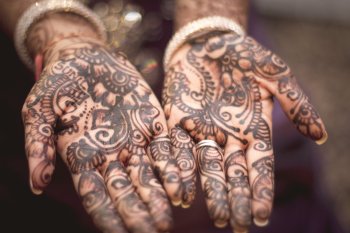 A new report says compulsory registration for Islamic marriages is needed to tackle discrimination and abuse. Megan Manson argues broad reform to marriage laws is a better way to ensure fairness and equality for all.

Our marriage laws are failing Muslim women. That was the message at the heart of a report published by Civitas this month. Fallen through the cracks found a significant number of women in the UK are in unregistered Islamic 'marriages' (nikah). It said many of these women are unaware that these 'marriages' offer no legal protection and access to shared assets, which means women subject to Islamic 'divorce' may be left destitute.

The report also found women suffer discrimination due to the sexist nature of the sharia councils that oversee Islamic 'marriage' and 'divorce'. Sharia allows for men to 'divorce' wives instantly, but it is much harder for a woman to initiate a 'divorce'. As case study after case study shows, sharia councils frequently fail to take women's complaints of domestic violence, child abuse and rape within the relationship seriously, invariably siding with the 'husband'.

Additionally, under sharia men may have multiple 'wives' (a woman may not have multiple 'husbands'). The UN has said such polygamies contravene "a woman's right to equality with men", and have "serious emotional and financial consequences for her and her dependents". Civitas says there may be up to 20,000 polygamous unions in the UK.

The case studies of women in nikah are as heartbreaking as they are shocking. As an estimated 60-80% of Islamic marriages are unregistered, plenty of women are being denied basic rights. So what should be done?

The first recommendation made in the Civitas report is to make it mandatory for all religious marriages to be registered. Many mosques do require a legally-recognised marriage certificate before performing nikah, but many others do not. Furthermore, there is no requirement in Islam for nikah to take place in a mosque, so many Muslims will hold their nikah in a building not registered for marriage, including their own homes.

This is not the first time such legislation has been proposed. Baroness Cox and a number of women's rights activists have called for similar measures. This would also automatically make polygamous religious marriages illegal, since they would be recognised as bigamy which is already prohibited.

But is this an ideal solution?

Prohibiting unregistered religious unions in law presents a number of problems, not least from a secularist perspective. Secularists are cautious about the state intervening on matters of religion, just as they are wary about religion interfering with the state. Making unregistered religious marriages illegal would require the state to recognise that a religious rite has legal significance. It would also mean the state must make declarations on what does and does not count as a religious marriage. This is not conducive to keeping state and religion separate.

Requiring registration of all religious 'marriages' may also have unintended consequences for other religious groups. It is not uncommon for the growing number of people identifying as Pagans to have a religious union or 'handfasting' without a legally-recognised civil marriage. Furthermore, Pagans often have a liberal attitude towards relationships and some may be handfasted in 'triads' or other polyamorous unions with any combination of genders.

Unlike nikah, there are no reports of these unofficial Pagan 'marriages' undermining women's rights. But if religious 'marriage' registration became mandatory, this could impinge on the right of Pagans to practice an essentially harmless religious ritual of deep spiritual and emotional significance to those involved.

Even Humanists could fall foul of such laws. Humanists UK's website acknowledges "there are various reasons why people might want the public statement of commitment and celebration without legally registering their partnership". Some Humanist ceremonies closely resemble Pagan handfastings.

And while we must be careful not to downplay the experiences of Muslim women abused or exploited in nikah, we must also acknowledge that other Muslim women may choose to knowingly and willingly enter into an unregistered religious union for all kinds of reasons. For example, Muslims in their twenties not ready to enter a legally-binding marriage may enter a nikah in order to have a 'halal compliant' physical relationship.

So how can we protect women from exploitation in unregistered marriages? Fortunately a number of steps can be taken which align with secularist principles. These would both defend the rights of the vulnerable and deal with reasonable concerns about religious freedom.

There is widespread ignorance about marriage, and not only among Muslims. Alarmingly, two-thirds of cohabiting couples wrongly believe 'common-law marriage' exists when dividing up finances. This is not true at all in England and Wales and only applies in some circumstances in Scotland.

Basic education about marriage should be part of relationships and sex education (RSE) in schools. Government guidance on RSE already says schools should make pupils aware about issues relating to marriage; this should be an opportunity to dispel myths and misunderstandings about common-law marriages and religious-only marriages.

Most problems relating to nikah result from the sexist nature of the sharia councils that administer them. Civitas calls for the Charity Commission to ensure sharia councils that are registered charities fully comply with the Equality Act 2010. The National Secular Society has gone one further and made the case for stripping sharia councils of their charitable status, and the financial benefits that go with it, on the grounds that they don't serve a public benefit and they undermine UK law.

Most importantly, we must ensure all UK citizens, regardless of their background, are aware of their rights and the sovereignty of UK law. Again, schools are well-placed to provide such civic education.

The NSS is campaigning for broad reforms to marriage. Our archaic marriage laws, particularly in England and Wales, are over-complicated, ill-suited to the 21st century, and afford considerable privilege to religious groups. The many strands of marriage law (which exist largely to accommodate different religions and beliefs) should be merged into one marriage law for all, treating everyone equally regardless of religion or belief and allowing all couples the freedom to have the marriage ceremony that bests suits them.

Perhaps the easiest way to achieve this would be to remove the peculiar emphasis which marriage law in England and Wales places on venues. Tying the legal status of a marriage to the building where it takes place drastically limits where most people can get married and results in inequality. There are far fewer approved civil marriage venues than religious ones (and by extension, far fewer places where same-sex couples can marry), while Jews and Quakers can get married almost anywhere they want. Switching from a building-based system to a celebrant-based one, similar to that in Scotland, would help to reduce these inequalities and complexities.

It so happens that some experts principally interested in the problem of unregistered Islamic 'marriages' are calling for the same thing. Patrick Nash, of the University of Cambridge, has said reforming marriage law "for greater choice within a simpler legal structure" is a more attractive alternative to other solutions, including the criminalisation of unregistered religious 'marriages'.

In Cohabitation and Religious Marriage, a collection of academic essays published earlier this year, Nash says that a legal requirement to pre-register nikah would be unlikely to work. This is because Muslim couples are more concerned with the "religious dimension" of nikah and find a separate civilly-registered ceremony "neither convenient nor attractive".

The same reasons could also apply to Pagans who choose to be handfasted but not legally married. Nash points to flaws in the building-focused marriage system in England and Wales, saying there is little demand for legally-binding ceremonies in mosques officially registered for marriage.

Instead, Nash proposes a "celebrant-based system with the bare minimum of formalities". He notes that in Scotland there are no known issues of unregistered nikah and reportedly no sharia councils, and that Scottish mosques have "a more symbiotic relationship" with Scots law. "British Muslims are far more likely to make use of English law if it is straightforward, inexpensive and convenient," Nash says.

To further disincentivise unregistered nikah, Nash proposes underpinning this model with a "tightly defined" criminal offence targeting celebrants who deceive or pressure someone into an unregistered 'marriage'. On the issue of polygamy, Nash suggests utilising the definition of marriage already used specifically in relation to forced marriage, which includes non legally-binding religious marriages.

That Nash's proposals largely align with the NSS's vision for one marriage law for all is perhaps not surprising. As religion and belief diversity in the UK increases, old legislation originating from the historic dominance of Christianity (and the Church of England in particular) in society will become increasingly incompatible with the lives of UK citizens.

Secularism offers liberal, equitable, progressive and 'common sense' ways for a diverse society to function. For that reason, I expect we will encounter more and more issues where the best solutions to complex dilemmas concerning religion and society turn out to be secular ones.

You can read Patrick Nash's argument within the book Cohabitation and religious marriage: Status, similarities and solutions, published by Bristol University Press.