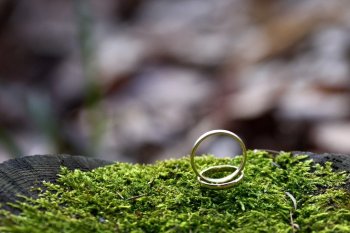 According to The Sunday Times, the government plans to permit outdoor weddings as lockdown eases.

It's unclear exactly what this means at this stage. Outdoor weddings are already possible in Scotland and Northern Ireland, so this change would simply be a shift back towards normality.

But things are different in England & Wales, where all marriages must take place within a fixed shelter – the notable exception being Jewish and Quaker marriages.

So if the communities secretary Robert Jenrick is working to relax this law, this would indeed, as The Sunday Times says, be "historic".

It would also be very welcome.

Marriage laws in England and Wales are almost Kafkaesque in their complexity and absurdity. For one thing, the legal status of a marriage varies according to the religion or belief tradition a wedding ceremony follows. The legal requirements for Anglican marriages, Jewish marriages, Quaker marriages, marriages for other religions, and secular (civil) marriages are all different. There's little flexibility for couples from different faith and belief backgrounds who want both their traditions reflected in a ceremony; if you opt for a civil wedding, for example, no religious content is permitted at all.

Another peculiarity is that the building in which you get married largely determines which laws it has to follow, and whether it is legal at all. But thanks to a strange historical loophole, this is not the case for Jewish or Quaker weddings, which can take place anywhere. This includes outdoor venues.

The archaic marriage laws of England and Wales have led to inequality. For one thing, there is a huge imbalance between religious and non-religious wedding venues. There are approximately 39,700 places of worship registered for marriage, but only 7,400 civil wedding venues. This is despite the fact most weddings in England and Wales are secular: less than a quarter of all marriages in 2017 were religious ceremonies, the lowest percentage on record. The reason for the surplus of religious wedding venues could be that it is much cheaper for a place of worship to register as a marriage venue than for civil premises.

And of course, the current laws give preferential treatment to Jews and Quakers, who are not subject to the same venue restrictions as others.

So why are things different in Scotland and Northern Ireland? There, it is principally the status of the celebrant performing the marriage ceremony that determines its legality, rather than the venue. This not only gives couples far greater freedom to marry where they wish, but also creates a more equal system for religious and non-religious marriages.

Marriage laws in England and Wales urgently need streamlining, modernising and secularising. Your religion or belief should never determine which laws apply to you, and that includes marriage laws. There should be a single marriage law for all - albeit one flexible enough to accommodate all religion and belief traditions. In the end, the marriage contract really matters legally, and that contract should look the same regardless of the religion or belief of the parties within that contract.

An obvious course for England and Wales is to extend the freedoms given to Jews and Quakers to marry wherever they like (within reason), and to adopt a system more similar to those in Scotland and Northern Ireland. This would give couples the freedom to have their dream wedding wherever they like, be it a forest, a beach, or even one's own home – the possibilities are exciting. And it would begin to address the inequalities and imbalances in our marriage law.

As we gradually emerge from lockdown, the post-pandemic UK will present us with many challenges. These challenges call for modern solutions, and provide an opportunity for us to re-examine the relevance of our laws – particularly where religion is involved. If one of those solutions results in greater marriage equality for all, that is to be welcomed.