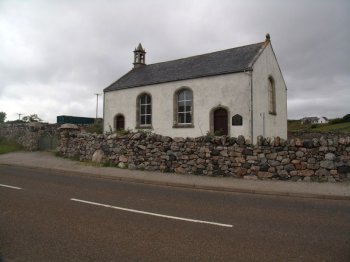 The Scottish government has published a bill that threatens to outlaw the expression of hateful ideas. But meanwhile religious groups who promote harmful ideology enjoy charitable status, says Megan Manson.

On the one hand, Scotland made it a criminal offence last year for parents to smack their children.

On the other hand, it grants charitable status to organisations that exist to promote ideologies which include beating children.

I'm referring to the multiple charities belonging to the Free Presbyterian Church of Scotland, a fundamentalist Protestant sect. The official website of the parent charity devotes a whole article to why parents should physically discipline their children because the Bible says "Withhold not correction from the child: for if thou beatest him with the rod, he shall not die."

The article, which is an extract from the work of theologian Charles Bridges, says that while it is "revolting to give pain and call forth the tears of those we so tenderly love", God has "ordained the rod to purge [the child's] sins". It adds: "Is it not better that the flesh should smart than that the soul should die?"

In order to be granted registered charity status, and all the tax breaks and other perks such status confers, charities "must actively provide benefit", according to Scottish charity regulator OSCR. Furthermore, an organisation may fail the charity test if it causes "actual or likely detriment or harm".

So how can an organisation that says you must beat your children in order to save their souls qualify as a charity? How can a charity continue to be a charity while it promotes an activity that's now illegal?

And things could get weirder still. The Scottish parliament is now considering a new hate crime bill that will tighten its rules on hate speech. If passed, the bill would provide for new 'stirring up' of hatred offences that would apply to all characteristics listed in the bill: age, disability, race, religion, sexual orientation, transgender identity and variations in sex characteristics. Currently these offences only apply to stirring up racial hatred.

How will this sit with the Free Presbyterian Church of Scotland?

Its website makes it pretty clear what it thinks about sexual orientation. It refers to same-sex relationships as "heinous", "vile", "great evil", an "abominable practice" and "a lifestyle of disease and death".

Transgender identity gets a similar treatment. The website quotes the Bible's assertion that those who wear clothes of the opposite sex are "abomination unto the Lord thy God", and laments: "What fearful uncleanness ensues from 'cross-dressing' and other deliberate and extreme 'trans-gender" sins against this requirement."

The Free Presbyterian Church's charities aren't the only ones that could fall foul of the hate crime bill. The website of the Christadelphian Auxiliary Lecturing Society, without any condemnation, quotes a Bible passage that says men who have sex with other men "must be put to death". This organisation was registered with OSCR in 2015.

Meanwhile, the registered website of Glasgow branch of Mountain Of Fire And Miracles (MFM) Ministries International Scotland says that homosexuality "redefined as sexual preference" is the result of "bewitchment". MFM's founder Daniel Olukoya preaches that gay people are possessed by "the spirit of the dog" and believes that prayer can save those "in the bondage of homosexuality". An undercover investigation in the Liverpool Echo in 2018 revealed that an MFM church was putting these teachings into action through an extreme form of 'gay conversion therapy' involving starvation.

Finally, Al-Mawrid Global's website has this to say about lesbians: "Lesbianism is obviously one of the practices whose abomination is ingrained in us. Only women whose nature have become perverted indulge in it." Al-Mawrid Global was registered with OSCR in 2013.

All these charities exist to promote religion. And that's precisely why they are charities: "the advancement of religion" is a charitable purpose in Scotland, thanks to the Charities and Trustee Investment (Scotland) Act 2005 (with similar legal provisions in place across the UK). Your organisation doesn't need to run a food bank, or give shelter to the homeless, or do anything else that would reasonably be recognised as 'good work' to get charitable status – provided it's religious. Simply preaching your religion is generally enough to get you stamped as a charity.

But as these examples demonstrate, what many religions teach isn't inherently good. Sometimes it's downright hateful. But because religion is privileged in charity law, we've reached this bizarre situation where you could be arrested for smacking your child, while the organisation that told you to smack your child gets tax breaks – because they told you in the name of religion.

And if the new hate crime bill is passed, you could be arrested for saying something interpreted as stirring up hate against gay people – but if you're representing a church and say those things in the name of God, you could become a registered charity.

Should the Free Presbyterian Church or the Christadelphians or any other homophobic religious group be subject to criminal proceedings for expressing their hateful views? I don't think so. I think this would be a severe curtailment of freedom of speech and freedom of religion. It would be against core secularist principles.

But surely it's obvious that we shouldn't be giving such organisations charitable status?

But it would weed out the organisations that do nothing but promote a religious agenda and spout harmful rhetoric. Those organisations could continue to do this, of course – but they would no longer be endorsed by the state via charitable status.

As society changes, our values also change. Acceptance of physically disciplining children has diminished while acceptance of same-sex relationships has grown. Many of Scotland's laws have changed to reflect this – but charity law has lagged far behind. It needs reform, and challenging the privileged status of religion in charity law would be an excellent place to start.

Read the NSS's report on religious charities, For the public benefit?: The case for removing 'the advancement of religion' as a charitable purpose

Megan Manson is a campaigns officer at the National Secular Society. The views expressed in our blogs are those of the author and do not necessarily represent the views of the NSS.

A regulator hasn't opened a statutory inquiry into a charity behind a TV station which has promoted Islamist extremism, the NSS can reveal.... 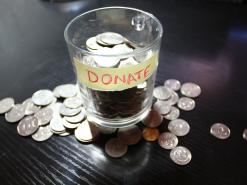 The NSS has referred 10 Christadelphian charities to the Charity Commission over concerns that they promote deeply intolerant messages.

An Islamic organisation which condones extremist messages was among charities which registered on questionable grounds in October. The bar for religious groups to become charities is set too low, says...

Most new faith based charities do nothing but promote religion. Time to reform charity law