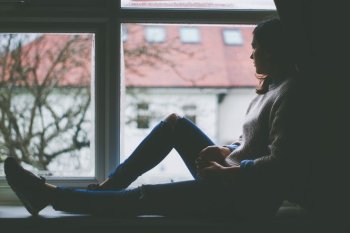 As the government publishes a framework for the extension of abortion rights in NI, Dr Antony Lempert welcomes politicians' belated willingness to defend women's right to choose but laments several missed opportunities.

On 23 February 2018 the UN committee on the Elimination of Discrimination against Women (CEDAW) issued a damning verdict on the state of abortion in Northern Ireland. It concluded that women were subject to violence by virtue of the fact that nearly every woman or child who became pregnant had to carry the pregnancy to term. This was the case even where there was evidence that the foetus would not be viable and even in cases of incest or rape.

The following year, 2019, saw just 12 legal abortions carried out in Northern Ireland. In January 2019 it was reported that a 12-year-old girl had to travel to mainland Britain for an abortion notwithstanding the provision for abortion to be possible in Northern Ireland under existing legislation if there was a real and serious risk of permanent or long-term mental or physical harm to the pregnant woman (or child).

Prior to 2017, Northern Irish women or girls travelling to the mainland for an abortion were refused this treatment on the NHS; since then they have still had to make and pay for their own travel arrangements which has presented an insurmountable barrier to some women from accessing abortion services at all.

Religion has been a key factor in restricting these reproductive rights. The DUP has consistently opposed liberalisation of the law while explicitly referencing its "very strong Christian values". The Evangelical Alliance has long campaigned for particularly draconian restrictions. In 2015 the Catholic Council for Social Affairs was recognised as an "interested party" in a case concerning restrictions on abortion in cases of rape, incest and fatal foetal abnormality.

Last year an act passed at Westminster legalised abortion in Northern Ireland. The government has since held a consultation on its implementation, which the National Secular Society responded to.

In this context, the new legislative framework announced by the government yesterday should be welcomed as a stride in the right direction. Finally politicians have shown a willingness to begin to protect women's right to choose and to stand up to religious efforts to impose dogma on those who don't necessarily agree with it.

Now women in the early stages of pregnancy will theoretically be able to access an abortion in Northern Ireland on the basis that it is their body and they don't want the pregnancy to continue. They will sensibly face no requirement to prove rape. Nor will they need to provide proof of foetal abnormality, nor to suffer the indignity of being dependent on the approval of two doctors, as per the legal requirement for all abortions in the rest of the United Kingdom under the terms of the 1967 Abortion Act.

The new framework says abortions will be allowed "without conditionality" within the first 12 weeks of pregnancy. Since most abortion requests are in the first 12 weeks, the majority of women with an unwanted pregnancy should soon theoretically be able to have an uncomplicated abortion in Northern Ireland. This is good news but the new legislative framework doesn't go nearly far enough.

Introducing a non-evidence-based, arbitrary cut-off point of 12 weeks will mean women who don't find out they're pregnant until later, don't learn about the foetal abnormality until later or girls who might not know that they're pregnant or might not be able to see a doctor independently, will necessarily present beyond 12 weeks. The provisions for these women and children up to 24 weeks will be subject to the same limitations as the existing set-up. And if a 12-year-old girl who by definition has been, at a minimum, the victim of statutory rape wasn't deemed suitable for an abortion, it isn't hard to imagine how hard it might be for other women and girls with unwanted pregnancies to access an abortion after 12 weeks. The 12 week cut-off also adds fuel to the fire of those who regularly call for a reduction in the time limit for abortion.

Out of the 13 CEDAW recommendations, one stands out as particularly pertinent and shocking: "Recommendation 86(d) - Make age-appropriate, comprehensive and scientifically accurate education on sexual and reproductive health and rights a compulsory component of curriculum for adolescents, covering prevention of early pregnancy and access to abortion, and monitor its implementation." In other words, some children currently raised in Northern Ireland are being raised in the very ignorance that feeds unwanted pregnancies, whilst abortions have been denied them. The best way to reduce the number of abortions is not to criminalise them but to prevent unwanted pregnancies through sex and relationship education and the provision of contraception. This recommendation is still awaiting implementation.

In June last year, I proposed a motion at the British Medical Association's Annual Representatives Meeting (BMA), coincidentally held in Belfast that year, calling for the decriminalisation of abortion throughout the whole of the United Kingdom. The motion was passed by a large majority and is therefore now BMA policy. Yet this new legislation, whilst a vast improvement on the previous real threat of incarceration for pregnant women and health care professionals, does not represent full decriminalisation. There will be large fines for doctors who don't follow requirements to report or certify abortions. Other medical interventions performed with the informed consent of the patient are subject to professional regulation with no additional certification. There is no medical reason for doctors to have to certify abortions.

Perhaps the biggest missed opportunity of all was for the new legislative framework not to have allowed for abortion pills to be taken at home. Implementing this would have followed the evidence as supported by the Royal College of Obstetricians and Gynaecologists (RCOG) that, for early medical abortions, there is "no medical justification for drugs to be taken in a hospital or clinic setting". "It is safer, more effective and better tolerated for women to administer the drugs in the privacy of their own residence" says the RCOG.

Particularly since this new guidance comes into force on 31st March in the midst of the Covid-19 pandemic, it is vital that the government makes an urgent amendment to the guidance to allow home-based abortion treatment, and this should apply not only in Northern Ireland but throughout the United Kingdom. The combination of people self-isolating with reduced public services, a narrowed safety net and the risks of venturing outside to access treatment that could and should be available remotely is a deeply troubling prospect.