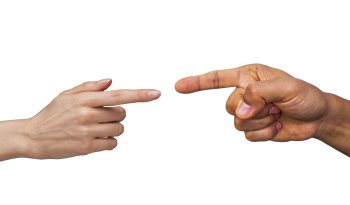 The government is trying to reform the divorce law in England and Wales, to allow couples to end their marriages without assigning fault. Under the Divorce, Dissolution and Separation Bill, courts will accept a statement from one or both members of a couple as "conclusive evidence" of marital breakdown. They will no longer need to see evidence that couples are living separately or that one party's conduct has been unreasonable to grant a divorce.

The bill is designed to remove the need for an acrimonious blame game. According to a YouGov poll conducted last year, 73% of the public agrees with the plans. But the Church of England doesn't – and it's used its seats in parliament to advance its position. In a debate in the House of Lords last month, the bishops of Carlisle and Portsmouth spoke out against the proposal.

The Christian Institute is also opposing the change. This week it's welcomed a letter to The Telegraph, in which three Conservative peers and an MP called on the government to ditch the "socially disruptive and wholly unnecessary" bill.

And religious interests have tried to stall the process in the Lords this week. Richard Harries, a former C of E bishop and now crossbench peer, proposed an amendment to the bill, which would require courts to send couples information about relationship support services. The marquess of Salisbury, supporting that amendment, argued that marriage is "a gift of God in creation".

The church's involvement raises the question of why it's given automatic seats in the Lords to make these arguments. Its opponents, such as the relationship counselling service Relate, are at a democratic disadvantage: they have to rely on less direct techniques to make their case, even if they have more convincing claims to expertise. Once again we're reminded, as the National Secular Society has long argued, that the UK's democracy would be strengthened by the removal of the bishops' bench in the House of Lords.

It's also worth noting what the church getting its way on this particular issue would mean. The C of E is largely couching its arguments in secular language, but it would still softly impose the Christian position on divorce on millions of people who don't share it.

Consider the words of the bishop of Carlisle: "Marriage, as we all know, is not just a social arrangement between two adults or even a contract that can be ended at will." The phrase "as we all know" does a lot of work here. The bishop is entitled to his view, but we should see through his attempt to present his opinion as if it's a fact.

And the law should take a contrary view. It may sound unromantic or dull, but the state shouldn't regard marriage as anything more than a contractual arrangement, which parties are within their rights to leave like any other. Insofar as the state has any interest in regulating marriage, its job is to ensure individual rights are protected and to prevent exploitation, harm and abuse – not to guilt-trip people into staying in dysfunctional relationships.

That doesn't mean couples can't or shouldn't invest marriage with special meaning, religious or otherwise. The church and other religious or non-religious institutions are rightly entitled to encourage people to work at their marriages. But it shouldn't be the courts' job to tell people to return to failing relationships, to hold unhappy couples in miserable states of limbo, or to force them to sling mud at each other in public in order to finalise their splits.

The marriage laws are ripe for reform. As the NSS revealed in 2018, an inconsistent hotch potch of deferential arrangements for different religious groups creates confusion, unfairness and inequality, and in some cases enables exploitation. The Law Commission is reviewing these laws at the moment; we should hope this is a precursor to a necessary clash between lawmakers and religious interests.

But first our parliamentarians have been asked to consider how marriages end. And they should ensure religious groups don't have the power to make that process any more stressful than it needs to be.

Image by Tumisu from Pixabay.