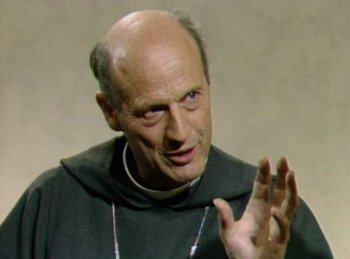 For decades, the monk and Anglican bishop Peter Ball attracted hundreds of young men to his supposed religious retreat in Sussex. His activities were well known and admired in Church of England circles and more widely.

After Ball's abuse of his acolytes was exposed in 1993 the church - instead of rushing to the defence of the victims – instead invited sympathy for Ball, progressively restoring him to near-full ministry. It now accepts that its failure to even pay lip service to the suffering of Ball's victims was "shocking, even callous".

The church's serious failings in this tawdry and tragic episode were once again highlighted this week, in the BBC documentary The Church's Darkest Secret. As we once again learned, victims who made complaints were serially bullied and dishonestly called liars by the church they trusted.

At the time, Ball reported to Bishop Eric Kemp, who led the then-abuse-ridden diocese of Chichester. He had co-commissioned a private investigator called Tyler to discredit the victims and do anything to get Ball off. They pressurised potential witnesses even though the police warned this could amount to a perversion of justice.

After looking at the evidence, Tyler concluded however it was Ball rather than his accusers who had a case to answer.

In full knowledge of Ball's multiple sexual assaults over decades, the established church hierarchy stopped at nothing to spare him from justice. Testimonials from the supposedly great and good, including Prince Charles, appear to have been decisive in getting him off.

In 1993, surely only because he was a bishop of the established church, Ball accepted a police caution – unheard of for sexual offences – and he also unaccountably escaped a criminal record. The police believe he would almost certainly have been prosecuted instead if the then archbishop of Canterbury, George Carey, had not held back numerous incriminating letters from them.

Around two decades later, a great deal of incriminating information, including Tyler's report, was uncovered in Lambeth Palace. Thanks to the testimony of brave survivors, including the former NSS Secularist of the Year Graham Sawyer, Ball was imprisoned in 2015, for a pretty lenient 32 months for offences against 18 young males. Crucially, the most serious offences were not pursued because Ball would not plead guilty to them and there was a plea bargain and, errm, no trial. Oh, to have friends in high places.

Soon after came the church's own Gibb report. It concluded that "such perverse and sustained abuse by a senior figure in the church and the church's failure to safeguard so many boys and young men still casts a long shadow".

In the half century of Ball's abuse Gibb chronicled, only a handful of people emerged with credit and not one was a senior cleric. The heroes were Ball's domestic staff, a chaplain and some other junior clergy. All had sought to protect vulnerable victim Neil Todd. Despite the church knowing that Neil was at significant risk of suicide, the bullying continued and contributed ultimately to him taking his own life.

Then the Independent Inquiry into Child Sexual Abuse examined this case. The inquiry's sessions with Archbishops Carey and Welby ("I am ashamed and horrified") were unedifying. And the church's in-house insurers – whose commercial duty is to minimise compensation payments - were recalled to be cross-examined further on their previous testimony under oath. Generally, the evasiveness of most church witnesses gave no grounds for confidence that much has changed. Lawyers and victims continue to tell me that the church treats victims appallingly and the settlements they receive from the church, which has at least £15bn in liquid assets, are derisory and insulting.

So vengeful was the church that one of Ball's victims, Graham Sawyer, was denied ordination as a vicar. He only managed to get ordained by emigrating to New Zealand, 20 years ago. Bullying continued for decades and he left his Church of England parish last year for Ireland. He now feels "safe from the eyes of corrupt Church of England officials".

Matt Ineson, a brave yet vulnerable victim of Anglican abuse, has told me that many bishops have selective memories over what they have been told on abuse. Victims are denied justice and systemically treated with contempt; and no action is taken by archbishops under the church's internal disciplinary mechanism over bishops' and archbishops' misfeasance, while massive conflicts of interest are ignored.

As the Church of England is established, these shabby proceedings form part of the law of the land. They should be no longer. The church has demonstrated its inability to learn from its two decades of shame over Ball. It is time for it to be disestablished. The state should not be party to such corruption.

And let's not forget the purple circle of bishops that see, hear and speak no evil. They protected Ball. Any claim they had to act as moral arbiters for the UK has long been shown up as nonsense. This month the NSS's honorary associate, Lord Taverne QC, will present a bill to remove the bishops' automatic right to sit in our legislature. It's surely high time this became a reality.

The Church's Darkest Secret is currently available to watch on BBC iPlayer.