Most new faith based charities do nothing but promote religion. Time to reform charity law 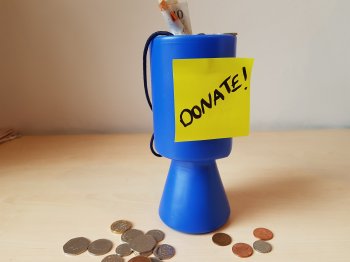 An Islamic organisation which condones extremist messages was among charities which registered on questionable grounds in October. The bar for religious groups to become charities is set too low, says Megan Manson.

Earlier this year, the National Secular Society published a report making a case for changing the way we register and regulate religious charities. At present, "the advancement of religion" is one of a dozen charitable purposes recognised in charity law, which means religious organisations are generally accepted automatically as charities by registrars.

In the past six months, we've found over half of all faith-based charities which registered listed 'religious activities' as their sole charitable object. This means that, on paper at least, the charities do nothing except engage in religious rituals and promote their religious ideology.

And then there are charities that are potentially harmful. Perhaps the most concerning religious charity that registered last month was Afghan Islamic and Culture Centre (AICC), which is based in London and exists to "advance the basic Islamic teachings" and improve "the conditions of life for the community, in particular the Afghan Muslim community".

On the AICC's homepage there's a list of links. One of these is to a website called Ask Imam. This is a sort of Islamic 'agony aunt' page where Muslims can get theological advice. In answer to a question posed by a Muslim teenage girl in the UK about homosexuality, it says: "Today their [non-Muslims'] objection against Islam is regarding the permissibility of execution of gays and tomorrow they will object against the execution of adulterers."

And there's more. There's an ebook directly hosted on AICC's website which seems to condone the death penalty for Muslims – and, it seems, ex-Muslims – who don't pray enough:

"In truth, a habitual defaulter of the Namaz [daily prayer] is a sort of a rebel against God and deserves all the humiliation and punishment that may be meted out to him. According to some legists of Islam, a Muslim who rejects the Namaz is liable to be punished with death like an apostate."

But if a charity which links to the same extremist websites can register just months afterwards, it means lessons have not been learned. Charity regulators are not fully screening charities to ensure they aren't promoting harmful messages.

A few other charities which registered last month caught our attention – not because they are necessarily harmful, but because their public benefit is dubious. I'll let readers decide for themselves whether or not they think these charities are benefiting the British public:

As long as 'the advancement of religion' remains a charitable purpose, this problem of charities which bring questionable public benefits popping into existence will continue. As the UK grows less religious and more religiously diverse, we need a charitable sector that's fit for the times. A charity sector that grants such clear and undeserved privilege to religion just isn't cutting it.