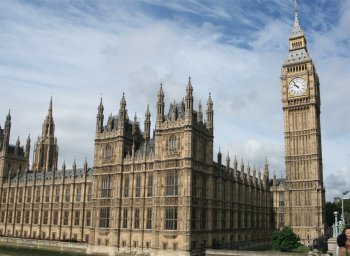 This week the Labour party showed how determined it was to court the vote of some religious minorities when it decided to create a "race and faith manifesto". An email to members explaining the manifesto said "faith gives us the strength to stand for what we believe in". Its author was "proud" to say "Labour is consulting faith communities".

The 'manifesto' gave religious groups a platform to talk about their feelings and indulged their taste for censorship. It asked what "policies and actions, and by whom, may have contributed to a feeling of division in amongst different communities". It indicated the party's desire to promote "respect of religious communities" (not people, but "communities").

It identified an apparent "failure" in the media – among other places – to "deal effectively and efficiently with the rise of racist violence, hate speech and hate crime". It asked which policies "have a negative impact" on the engagement of "people from faith communities" in politics. And when it asked what policies and actions could tackle "the rise of the far right in Britain", it left the question of whether that includes religious forms of extremism such as Islamism and Hindutva open to interpretation.

Labour's confused conflation of 'race and faith' suggests the manifesto is unlikely to be aimed at most British Christians. Perhaps that's tactically sensible, as the Conservatives seem to hope Christian voters will turn to them on identitarian grounds. Last year government peers sneered at the suggestion that the Church of England should be disestablished when it was raised in the Lords. And the Foreign Office's position on religious persecution has played to the idea that Britain is a 'Christian country' by placing a particular focus on protecting Christians.

Is Labour trying to reach Hindus and Sikhs? Last week a report from openDemocracy revealed that activists from a group linked to India's ruling Hindu nationalist party were planning to campaign for the Conservatives. In an interview with the BBC, the chair of Hindu Council UK explained that some Hindus were "very upset and very angry" about Labour's position on Kashmir. In response Labour's chair Ian Lavery inevitably rowed back, telling Hindus the party was "fully aware of the sensitivities that exist over the situation in Kashmir" and realised it had "caused offence". But it seems unlikely to do Labour much good.

It also seems unlikely that Labour is expecting much support from Jewish voters. Many appear to be put off by its leader's history of associating with anti-semites – including terrorists, groups led by Holocaust deniers and the virulently anti-Jewish Islamic theocracy of Iran. Since the campaign began a senior rabbi has taken the unprecedented step of urging Jews to vote tactically against Labour. And The Jewish Chronicle has run a front page urging non-Jews to bear in mind Labour's anti-semitism problem when they cast their vote.

Muslim voters represent the most obvious religious constituency for Labour's manifesto. This week's suspension of 25 current or former Conservative councillors for racist and anti-Muslim posts on social media was the latest evidence that the Tories are alienating Muslim voters – and anyone concerned by bigotry.

So major parties are courting the votes of religious minority groups while simultaneously making religious minorities unwelcome. Much of the coverage of this issue has stressed the latter half of that equation. But we should also realise that pro-religious identity politics is making the problem worse.

The mobilisation of Hindus and Sikhs, for instance, has an alarming undertone. Hindu activists think these voters could play a decisive role in as many as 40 constituencies, and are set to defend Conservative MPs such as Bob Blackman in marginal constituencies. Blackman has a record of courting the anti-Muslim Hindu right and the white far right. Take a look at his Twitter account. The banner image currently shows him with Narendra Modi – whose government turns a blind eye at best to the persecution of religious minorities in India, particularly Muslims.

Muslim groups are pushing their own agendas. Some of the Muslim Council of Britain's election pledges would silence free expression on Islam, make it harder to encourage social integration and buttress the power of groups like itself. The advocacy group MEND has identified 60 to 80 seats where it says the number of Muslim voters is bigger than the candidate's majority, and is reportedly hoping to ensure thousands of volunteers canvass for candidates who endorse its manifesto.

These groups are encouraging voters to participate in the democratic process not as citizens, but as members of religious groups. And that's the sentiment that Labour's 'race and faith manifesto' is pandering to.

The issue of bigotry should be clearer. Anyone who believes in equal citizenship should be appalled by parties which indulge it. But we should also be wary of the risk of an overly censorious response to it. In recent days the Tory peer Sayeeda Warsi has been on the airwaves claiming her party is "institutionally Islamophobic". When health secretary Matt Hancock suggested some took "a more balanced approach" to the issue of 'Islamophobia' than she did, Warsi accused him of 'whitesplaining'. Her response lacked substance, but promptly generated prominent press coverage.

Warsi's concerns about bigotry in her party should be heard. But given her backing for a definition of 'Islamophobia' which would shut down criticism of Islam, Hancock's statement should hardly have been regarded as outrageous. Warsi has also equated criticism of non-stun slaughter and ritual infant circumcision with anti-semitism. Are we simply to take her word for that? If anybody is treated as an unchallengeable authority on any subject, no matter how sensitive, we have freedom of speech in name only. Democracy requires us to challenge religious groups' claims of bigotry with reasonable questions when they arise.

If we're too scared to do this, which parties will dare to promote free speech on religion or work to end harmful religious practices – as advocated by the National Secular Society? And if they don't, what do we expect voters who believe in those things to do?

Even within this week's round of Tory party suspensions, one councillor is being punished for two crass posts he wrote on social media in 2012, when he was 16. Anyone questioning whether this is sensible risks being labelled as part of the problem. But any compassionate society which believes in free expression and has a reasonable definition of redemption should ask if this is sensible. And we should question whether those who thought it worthwhile to publicise those particular comments should effectively have more power to regulate our speech.

Accusations of anti-semitism can also be used to silence criticism. Consider the latest claims of 'dog-whistle' anti-semitism against American congresswoman Ilhan Omar, for instance, after she shared a tweet critical of two Jewish billionaires. Omar is a frequent target of the American right, and it's clear her critics – not for the first time – have at least taken these particular comments uncharitably.

British democracy has a dual problem. The taboo on scapegoating religious minorities has weakened, while voters are being urged to see themselves primarily as members of those minority groups. We have abandoned our principles amid a myriad of tribalisms. There seems to be widespread agreement that the solution is more tribalism and less commitment to principle. And with an election just weeks away, it isn't in parties' interests to resist the tide.

But we must resist it. We already have evidence within the UK to show how toxic the mix between religious identity and political allegiance can be. More than 20 years after the Good Friday agreement, official policy continues to exacerbate Northern Ireland's division into 'two communities'. Sectarianism continues to plague Scottish society – and politicians are loudly flaunting their commitment to maintaining policies which worsen it.

Is this the future we want for the whole country? Tribalism will weaken individual rights and empower 'community leaders' who seek to repress them. It will also break down solidarity across group identity, encouraging social groups to compete with each other for resources and status rather than working together for the common good or committing to common principles. As Sunder Katwala, the director of British Future, put it this week: "It feels incredibly regressive — whether it's from the right or the left — for British-born voters to be told ethnicity or faith has to determine how they will cast their vote."

We should urgently ask how we can move past this.