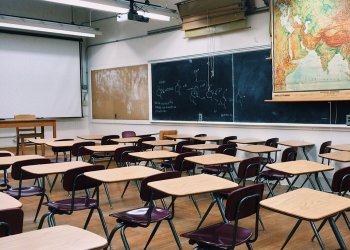 The campaign against inclusive relationships and sex education risks spreading from the school gates to sympathetic faith school authorities. Alastair Lichten argues the government must act now to save the subject.

Lubavitch Senior Girls' School, a state funded Jewish faith school in North London, has been caught 'encouraging' parents to withdraw their children from relationships and sex education (RSE), effectively to allow the school not to teach the subject. Instead the school wants to nurture "good religious girls", without knowledge of LGBT people and their rights, with limited information about their own sexuality and rights.

The email tells parents that this subject is not currently taught in school (they have since appeared to backtrack on this) and bold text: "Please exercise your right to prevent it being taught by responding to this email and saying that you do not want your daughters to receive lessons in RSE."

The school is the first to be caught in writing enlisting parents to help circumvent a requirement to teach inclusive RSE. It won't be the last.

Protests outside schools which continue to be spread and encouraged by Islamic anti-RSE campaigns have got a lot of attention. But the focus on these loud protests means that many aren't noticing the quieter actions in schools where religious reactionaries aren't outside the school, but running it.

It's also worth pointing out that these protests are supported by reactionaries of other religions, including anti-Muslim bigots making common cause over homophobia. Last month we were first to expose a Christian school governor spreading similar messages, and yesterday The JC revealed that Shraga Stern (a leading campaigner against RSE and secular oversight in Jewish Orthodox schools) was the largest donor in a campaign to support the Birmingham protesters.

Lubavitch's letter to parents encouraging withdrawal is worrying because it shows faith school authorities moving more brazenly to support the campaign against RSE. Other Jewish Orthodox Schools are also said to be encouraging parents to withdraw. A parent in such a school who wanted their child to attend RSE would likely find this socially impossible, as would the pupil if they wished to opt in at 16.

Today we have a new education secretary in Gavin Williamson and this must surely be high on his agenda. We know the tactics of religious reactionaries whether outside community schools or inside faith schools:

Mr Williamson needs to take immediate action to support targeted schools and ensure the DfE develops an action plan for dealing with each of these tactics. These action plans need to differ depending on whether the anti-RSE group are external agitators or school authorities.

Any school which wishes to follow Lubavitch's lead must be left in no doubt of the consequences.