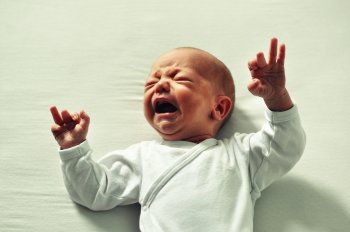 It may come as a surprise to people that cutting a baby's genitals without medical need is considered a charitable activity.

The Initiation Society is one such charity that provides this 'service'. It's been registered with the Charity Commission since 1962. It's therefore entitled to tax exemptions, gift aid, and the 'seal of approval' that registered charity status confers.

The Initiation Society's charitable objects include "to initiate a Jewish child into the covenant of Abraham" and "to train mohelim and to supply mohelim". Mohelim are Jewish men (or very rarely women) who are trained to circumcise baby boys as part of the Jewish brit milah ceremony.

Additionally, there are a number of mosques across the UK that offer a circumcision 'service' as part of their various activities, or maintain lists of local circumcisers. Mosques, too, are usually registered charities as a matter of course. Mosques advertising circumcision services on their websites include The Waltham Forest Islamic Association and Croydon Mosque and Islamic Centre.

As the BBC's recent documentary A Cut Too Far?: Male Circumcision demonstrated, increasing numbers of people, including those within Jewish and Islamic communities, are questioning the acceptance of non-therapeutic infant circumcision.

It is impossible to deny that the procedure is irreversible and performed without consent. It entails risk of a number of serious complications, including death. And it is extremely painful, both during the procedure and during recovery.

It's no wonder that people are increasingly drawing comparisons with female genital mutilation (FGM), which is rightly banned. Dr Gordon Muir, one of the UK's foremost urologists who was interviewed by the BBC, doesn't recognise a difference between infant male circumcision and FGM, saying neither has significant health benefits, both entail loss of genital sensitivity, and both are unnecessary. He said he finds it difficult to understand why female genital mutilation is a criminal offence but infant male circumcision is not.

So why are charities facilitating this harmful practice?

The answer lies in the inclusion of "the advancement of religion" as one of the 13 charitable purposes recognised by charity law. The Initiation Society is listed under this classification, and no other – revealingly, it is not considered a charity for "the advancement of health or the saving of lives", which is another charitable purpose. It's therefore tacitly recognised that infant circumcision is primarily performed for religious reasons, rather than any supposed health benefits.

If the Initiation Society did want to register under "the advancement of health or the saving of lives", it would probably face far more scrutiny from the Charity Commission. According to the commission, charities that register under this purpose must "provide robust medical evidence" of their public benefit, as well as demonstrating their activities "will not result in any inappropriate harm".

The Initiation Society would struggle with these requirements. No national medical, paediatric, surgical or urological society in the world recommends routine circumcision of all boys as a health intervention. Increasing numbers of doctors, like Dr Muir, have grave concerns that any of the widely-contested health benefits sometimes attributed to circumcision would still not justify the pain, risk and disregard for bodily autonomy that the procedure entails.

As long as "the advancement of religion" remains a recognised charitable purpose, it will be difficult for the Initiation Society's charitable status to be challenged. There is no question that it is facilitating religious activities. In theory this should not in itself be sufficient for charitable status; an organisation must demonstrate that it provides a public benefit in order to be a charity. Unfortunately, as the National Secular Society's recent report into religious charities revealed, the Charity Commission has a blind spot when it comes to the public benefit requirement of religious charities.

The commission has been exceedingly vague on what is required of faith charities to demonstrate a public benefit, and has even assured religious organisations that it recognises the 'benefits' of religion are "intangible". In other words, there remains a presumption that something that is religious is inherently beneficial.

This is one reason why "the advancement of religion" needs to be removed as a charitable purpose. While it exists, charities that are able to demonstrate they are 'advancing religion' according to charity law will usually be registered with no questions asked – even if its activities are as harmful as circumcision. What's more, by classifying religious circumcision as a charitable activity, the Charity Commission normalises and sanitises a procedure that's increasingly recognised as a serious breach of human rights.

The presenter of A Cut Too Far? came to the conclusion that non-therapeutic infant circumcision should not be banned, but should be better regulated to minimise the risk of complications. And some will argue that having charities that train and register circumcisers is beneficial for the same reasons.

But no amount of regulation or training will take away from the fact that religious non-consensual genital cutting, be it on boys or girls, is completely at odds our 21st century understanding of medical ethics and the rights of the child. That's why facilitating the practice can never be in the public benefit. That's why our laws do not permit 'regulated' forms of FGM. And that's yet another reason why the advancement of religion no longer belongs on the list of charitable purposes.

Image by joffi from Pixabay