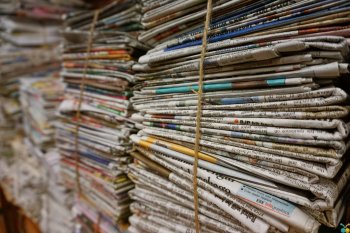 The press regulator is consulting on guidelines which will inform the way stories about Islam and Muslims are reported. It must not endorse taboos which shut down debate and harm social cohesion, says Chris Sloggett.

The Muslim Council of Britain is on a drive to change the way the press reports on Muslims and Islam. Earlier this year it held training on 'holding the media to account'. It's created a network of media monitors. Its spokesperson Miqdaad Versi has enjoyed some favourable coverage of his own, including a fawning profile in The Guardian, in light of his focus on this issue.

And this week it's launched a report which claims 59% of print stories and 43% of broadcast clips featuring Muslims in the last three months of 2018 were negative. The report names the Mail on Sunday, the Daily Mail Australia, Christian Today and The Spectator as the worst offenders.

It's reasonable to criticise press outlets when they make inaccurate claims or report on Islam in a sensationalist manner. The ability to have information corrected and to point out inaccuracies are essential parts of a democratic society. And in light of the Christchurch terrorist attack in March the threat of the anti-Muslim far right should be a significant concern.

But there appears to be a deeply censorious instinct behind this report. When powerful 'community leaders' suggest it is their job to hold the press to account, rather than vice-versa, alarm bells should ring. And when he explained why the MCB had launched the report, Versi said press outlets should ensure "negative" stories don't "feed into a broader far-right narrative". That sets an impossibly high bar for media outlets to clear.

The MCB's work is likely to bolster the idea that Islam and Muslims need unique protections – and perhaps conveniently, that Muslim 'community leaders' need more power in response. The MCB is within its rights to push this view. But it's particularly important that the press regulator treads warily around it.

So it's concerning that Ipso says its 'standards and monitoring work' in 2019 will include five areas of focus – one of which is "reporting of Islam and Muslims". The regulator calls this "an area of broad political and social concern" and says it has established "an informal working group" to help draft guidance, which will be published in the autumn.

Ipso says the guidance will "help journalists to report on a sensitive area, while also ensuring that it does not impinge on their right to criticise, challenge or stimulate debate".

But can a regulator create guidelines on how to report one religion without diluting the freedom to criticise it? Consider how an editor will respond if presented with a pitch for a story with a legitimate public interest angle which would portray Islam in a negative way. Perhaps it would be an investigation into the activities of Muslim protesters against inclusive education, a story about an Islamic charity misusing funds or a story about an Islamic school forcing girls to wear hijabs. Will the editor shy away from covering it, or change the coverage in a way that would not happen with a different story?

Perhaps the guidelines will simply be intended to deal with inaccurate claims and sensationalist reporting. But if so they must acknowledge that these cut both ways. Remember the widely-reported case of a boy who was supposedly questioned by Lancashire Police for writing that he lived in a "terrorist house" instead of a "terraced house"? This claim was widely reported in the press as an example of the problems created by the Prevent strategy. The MCB was among those who jumped on the bandwagon, describing it as "a natural consequence of the extension of the 'Prevent duty' to schools".

But the story was untrue. In fact a police officer and social worker visited the family because the child had written "I hate it when my uncle hits me". There was no referral under the Prevent strategy. So in some cases the problem with press reporting is that it makes anti-Muslim prejudice, rather than Muslims' intolerance, appear inflated. The prejudices and hypocrisies of the anti-Muslim right may help to fuel inaccurate media reporting, but the pro-Muslim left is hardly immune to jumping on bandwagons either.

In some cases inaccuracy may also have little to do with prejudice. In our severely polarised times, it's normal to treat winning an argument and destroying opponents as more important than defending truth and reality. Many press outlets are facing an uncertain future, making them more likely to run sexy but flimsy or simplistic stories. These problems affect reporting generally – and cannot be wished away through increased regulation in response to powerful identitarian groups.

And in some cases inaccurate press reporting is less of a problem than the fact stories simply do not get reported. Those arguing for a crackdown will inevitably say we must do more to stop the white far right from demonising and othering Muslims. And they can point to the actions of the Christchurch shooter, who reportedly had the words "For Rotherham" written on his ammunition, to show they have a point.

But the Rotherham affair was an enormous scandal which should have been shouted from the hills at the first opportunity. Its silencing allowed far more girls to be abused and inflamed resentment when the truth finally emerged. Those who have abused Rotherham to whip up hatred of Muslims or encourage violence and harassment must be condemned. But that does not mean journalists were not careful enough about Muslim sensitivities when they reported it.

Likewise, every time the authorities fail to deal with a less significant reasonable concern about the rise of Islam in Britain (take, for instance, the fact non-stun meat is widespread in UK supermarkets), society fractures a little more. Shutting down press coverage does nothing to address this process, but it does normalise censorship.

Democracy relies on the freedom of the press. Inaccurate reporting should be corrected; unfair narratives should be challenged; and bigotry should be exposed and derided. But we cannot expect journalists to follow a unique set of rules every time their work encroaches on one religion. Blasphemy culture may benefit the elites charged with upholding it, but it can't put a lid on reality and it doesn't benefit the people it's supposed to serve.

Update, November 2020: The NSS lobbied Ipso representatives during the drafting process, arguing that freedom of expression should be protected. Ipso has now published its guidelines and the NSS has no significant concerns over them.