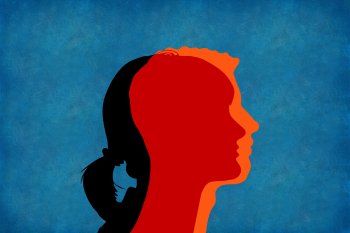 Megan Manson examines a new document outlining the Catholic Church's position on issues relating to sex and gender and explains how this may lead to conflict in Catholic Schools.

State-funded Catholic schools in the UK have two masters: the government and the Catholic Church. As a result, Catholic schools have to try and deliver education that satisfies both parties. Unsurprisingly, this leads to conflicts and confusion.

This conflict is particularly acute in the area of relationships and sex education (RSE). The government says school pupils "should be taught the facts and the law about sex, sexuality, sexual health and gender identity in an age-appropriate and inclusive way". But research by the NSS last year revealed Catholic schools distort RSE by teaching it according to Catholic teachings, including teaching that same-sex relationships are morally wrong, and in some cases stating that homosexuality is "disordered".

While the Catholic Church's position on homosexuality is clear, it has long been silent on its position on transgender people and others who do not fit a male-female binary. Until now.

On Monday, the Catholic Church released a document entitled "Male and female He created them": Towards a path of dialogue on the question of gender theory in education. The document was issued by the Congregation for Catholic Education (for Educational Institutions), a Vatican department which oversees Catholic schools and other educational institutions. It is an entirely theological document, featuring no scientific or pedagogical analysis. It addresses what it calls an "educational crisis", referring to school curricula that "reflect an anthropology opposed to faith and to right reason". It's referring to schools that teach about transgender and intersex issues.

Transgender and intersex are two separate entities. Transgender individuals have a gender identity that differs from biological sex. Intersex refers to a number of conditions in which the individual has a mix of male and female sexual characteristics – for example, genitals that are neither clearly male nor female.

But Male and female He created them conflates and rejects both. It says "Efforts to go beyond the constitutive male-female sexual difference, such as the ideas of 'intersex' or 'transgender'" are "only a 'provocative' display against so-called 'traditional frameworks'". It also calls "gender neuter" or "third gender", terms sometimes used to refer to people who do not fit the male-female binary, "fictitious".

Worryingly, the Church appears to advocate surgery for intersex children to make them fit the gender binary:

"…in cases where a person's sex is not clearly defined, it is medical professionals who can make a therapeutic intervention. In such situations, parents cannot make an arbitrary choice on the issue, let alone society. Instead, medical science should act with purely therapeutic ends, and intervene in the least invasive fashion, on the basis of objective parameters and with a view to establishing the person's constitutive identity."

It is true that in some cases, intersex people have a medical need for genital surgery if their bodily functions are impaired. But in many cases, surgery is performed on intersex babies as a cosmetic procedure to make the genitals appear more typically male or female. This is what the Church seems to be calling for when it refers to "establishing the person's constitutive identity". In other words, the Church wants intersex children to go under the knife to bring them in line with Catholic teachings on sex.

'Normalisation' surgery on intersex infants entails risk and pain, and is irreversible. It is also performed before the infant is old enough to give consent. For these reasons, the ethics of such surgeries are now being questioned, with many campaigners regarding such intervention as the equivalent of non-consensual, non-therapeutic FGM and male circumcision. Even the United Nations has spoken out against cosmetic procedures on intersex infants.

Male and female He created them not only addresses the issue of non-binary sex and gender; it also revisits the Catholic Church's other long-held views on sexuality. It calls the "plurality of new types of unions", referring to unions with LGBT+ people, a "direct contradiction of the model of marriage as being between one man and one woman". It says children should be raised "in a correct relationship represented by the masculinity and femininity of a father and a mother". And it condemns the use of in vitro fertilisation for same-sex couples as "the fragmentation of parenthood, the instrumentalization and/or commercialization of the human body as well as the reduction of a baby to an object in the hands of science and technology."

There's even some old-fashioned sexual stereotyping thrown in for good measure. According to Male and female He created them, women "have a unique understanding of reality", "are ever ready and willing to give themselves generously to others", and in work "exhibit a kind of affective, cultural and spiritual motherhood."

To add insult to injury, Male and female He created them significantly downplays the Catholic Church's role in fuelling hatred and discrimination against LGBT+ people. It says "forms of unjust discrimination" have "had an influence within the Church". It portrays intolerance of LGBT+ people as a problem of wider society that has filtered down into the Church – rather than the other way around.

It's quite clear that Male and female He created is a call for Catholic schools to incorporate these latest decrees on sex and gender into their curricula. It urges Catholic teachers to "go beyond all ideological reductionism or homologizing relativism by remaining faithful to their own gospel-based identity". It stresses "Catholic educators need to be sufficiently prepared regarding the intricacies of the various questions that gender theory brings up". It encourages schools to work with Catholic institutes of higher education with the aim of "creating new teaching materials, pedagogic reference works and teaching manuals that are based on the 'Christian vision of man and women'". It even says Christians in non-Catholic schools can "offer witness to, serve, and promote the truth about the human person".

The Catholic Church is entitled to express its views. The Church's teachings should be the Church's business. But because the Catholic Church is permitted to run state-funded schools and teach subjects like RSE according to its doctrines, its teachings become the state's business. And it's difficult to see how rejecting the very concepts of transgender and intersex will be compatible with the state's duty to promote equality and ensure children are aware of the diverse range of relationships they will encounter in their lives.

Up to now, the government has turned a blind eye to the conflict between the Catholic school's duty to promote tolerance and acceptance of gay people, and its wish to teach that same-sex relationships are wrong. Will it be able to similarly ignore Catholic schools if they start teaching that transgender and intersex people essentially do not exist? We shall see.