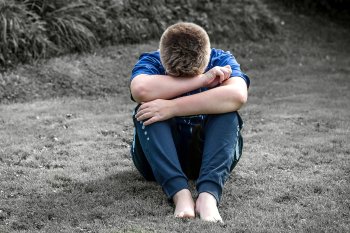 A report on child abuse in religious settings should prompt us to reconsider our relationship with religious institutions and their constitutional privileges and our wider attitude towards religion, says Chris Sloggett.

If you work in education, medicine or social services you'll undergo compulsory safeguarding training early in your career, where you'll be told to refer any child protection concerns with urgency. Child protection and welfare officers are now ubiquitous in many fields of work. In recent years public inquiries have been held with the aim of ensuring our public services work better to prevent harm to children.

So perhaps we think preventing and tackling child abuse are major national priorities. With this in mind it's worth noting that last week the Independent Inquiry on Child Sexual Abuse's Truth Project, which studies the experiences of abuse survivors, published a report on abuse in religious institutions.

The power of religious organisations and those working within them meant abusers were often not challenged. Attempts to protect religious institutions and perpetrators meant survivors were "often disbelieved, discredited and not supported".

Abuse was often not reported because of sentiments which religious authorities actively encourage. More than half of those abused in a religious context did not disclose their abuse because of feelings of shame (37%) or guilt (18%). Victims said abusers were able to use children's "spirituality and religion" to "manipulate" them.

Nine per cent of those who did not report abuse in a religious context said they feared retribution from the institution; the equivalent figure in other contexts was five per cent. The extent of religious groups' influence in some victims' lives "provided more opportunities" for abuse and "made it particularly difficult" for victims to report it.

These findings implicate major religious institutions, which are often resistant to changes which would curb their own authority but protect victims. Both the Catholic Church and the Church of England, for instance, are currently opposing efforts to ensure information about abuse is passed on to the police when it is reported in the confessional. In a blog for Jewish News this week Yehudis Goldsobel, from the charity Migdal Emunah, highlighted the lack of "infrastructure" for dealing with safeguarding concerns "when the school, synagogue and home life become too entwined".

With religious groups unlikely to tackle the problem on their own, we must reconsider the official privileges we grant them. Protecting children is a difficult task: experts will grapple with imperfect solutions, and constitutional reform would only be an indirect tool in these efforts. But under Britain's current constitutional settlement, it remains a radical idea to suggest that institutions which cover up abuse should not be given state patronage.

But these findings should also prompt us to reconsider our deferential attitude towards religion more generally. The IICSA report highlights the damage done by the power and "reverence" granted to religious groups. But these groups are only powerful because we assume their position or religious orientation grants them access to particular moral insights.

We allow them to run thousands of state-funded schools because we assume religion, religious groups and religious leaders are by definition worthy of respect. This is despite the fact that faith schools are inculcating some of the same damaging feelings about natural sexual urges that are highlighted in the IICSA report.

We leave the victims of abuse fearing retribution because we fail to hold religious institutions to the same standards as any other. We accept the religious groups' empty reassurances that they are tackling the problem because we do not want to face the consequences of challenging them. We fear pointing out that religious doctrines, traditions and hierarchies make abuse and its cover-up more likely. Perhaps also we fear facing up to the discombobulating reality that organisations which have wielded extraordinary power for centuries have often used it for ill.

We must be prepared to challenge these assumptions. We must ask ourselves: are we really prepared to make child protection a top priority, no matter what the context? Or are we too paralysed by fear of challenging religious privilege?