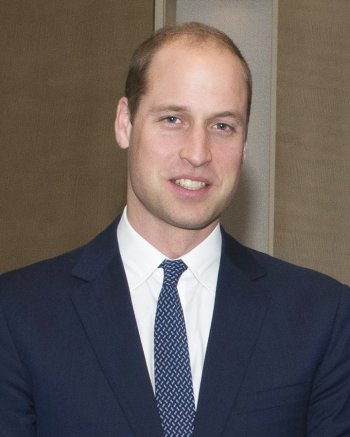 Prince William's comments on supporting his children if they are gay should be treated with much less significance than the fact he is due to lead an established church which obstructs LGBT equality, says Chris Sloggett.

Yesterday Prince William was asked how he would react if his children were LGBT. In case you're interested in the ongoings within the Windsor family, he said: "I wish we lived in a world where it's really normal." He then voiced his concerns that his children would face persecution and discrimination, particularly given their position.

His words have predictably been widely shared on social media and welcomed as a momentous breakthrough for LGBT rights. According to the BBC, a man saying he would support his children if they were gay is "a huge moment for LGBT people around the world" and "a big deal".

The response to these remarks should be a cause for concern. Man would support child if child was gay. And? Isn't that just being a decent parent and human being?

This may seem facetious. William's actions are of interest because he is the duke of Cambridge and, under the current constitutional settlement, will one day be the king. But when he takes the throne he will automatically become the head of the Church of England. The public should demand to know more about what he will do in that role, rather than as a father. And in that role he will lead an institution which presents a significant roadblock to LGBT equality.

Let's start with the C of E's internal affairs. Not only does the church not allow gay marriage. Earlier this year its bishops actively scuppered an amendment to a bill in the Lords which would have given it more control over allowing it, if and when it is ready to do so. The C of E actively wants parliament to tell it that it cannot conduct gay marriages so it doesn't have to fight its own internal battles with bigoted bishops.

Some C of E clergy have now married their same-sex spouses, but when they are ordained they must pledge to live in accordance with the 1991 document Issues in Human Sexuality. This says C of E clergy are not at liberty to enter sexually active same-sex relationships. The church is also so homophobic that bishops are not allowed to bring their same-sex partners to a major conference it is hosting next year.

These issues should be for the church itself to sort out. Many people in Britain appear to have concluded that an institution which treats people with indignity on the basis of who they are does not deserve reverence or support. This is probably just one of the reasons why the most recent British Social Attitudes survey suggests affiliation to the C of E halved between 2002 and 2017, and is now at just 14%.

But unfortunately the C of E's attitude to gay rights is all of our business. If and when William becomes 'defender of the faith', he will have to swear to uphold this institution's privileges as the UK's head of state. And the church enjoys state patronage, automatic places in the House of Lords, a leading role in our national ceremonies and control over thousands of state-funded schools. All this means its anti-gay positions have a significant impact on the wider pursuit of equality for LGBT people.

The church's bishops used their unearned seats in the legislature to resist the drive to legalise same-sex marriage in 2013. And the C of E retains a significant level of control over the marriage laws in England and Wales, making it significantly harder and more expensive to arrange a same-sex marriage than an opposite-sex one. Same-sex couples can only get married in 16% of registered marriage venues – and even there they face heightened competition from opposite-sex couples who want a civil marriage, who are also discriminated against.

Last year a National Secular Society report revealed that some Church of England schools were promoting anti-gay attitudes through their teaching of relationships and sex education. For instance Churchmead C of E school in Berkshire's official policy said discussing "homosexual practice" may cause "deep offence" if it is not "handled with great sensitivity". Several C of E schools said sex should take place within 'Christian' marriage.

We may also consider the absurd case of Jeremy Pemberton, who applied for a chaplaincy job in an NHS trust in 2014 but was barred by a C of E bishop because he was a married gay man. Last year the Court of Appeal ruled that the bishop had the right to block the appointment – meaning the C of E has the right to block NHS appointments to uphold its bigoted positions.

But religion is the elephant in the room on gay rights. Just this week the Department for Education published guidance which requires schools to take pupils' "religious background" into account when teaching about relationships and sex. The guidance also allows faith schools licence to teach "the distinctive faith perspective" on relationships.

Amid the escalating, mainly Islam-based campaign against inclusive teaching in Birmingham and across much of England, those requirements risk creating a bigot's veto. The decision to make relationships and sex education compulsory is certainly a significant step forward for LGBT rights. But could some of the newspapers reporting on the guidance this week not note the government's ongoing reluctance to confront religious homophobia? When the campaign group Stonewall commented on it, could it not at least have noted concerns over the impact of deference to religion?

Prince William's remarks are good news for his family. But it is not particularly difficult for him to voice a tolerant message when speaking in a personal capacity. Perhaps someone should ask him a tougher question: if he truly supports equality for LGBT people, will he renounce his claim to become the head of a church which undermines that cause?

And if he won't undertake a gesture which would genuinely threaten his power, perhaps politicians should take it upon themselves to separate the head of state from that church.