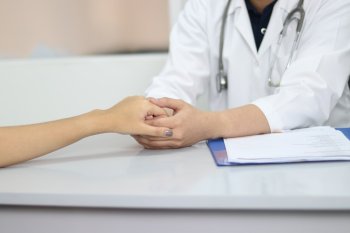 A ruling that a nurse was not wrongly dismissed for repeatedly evangelising was unsurprising, says Stephen Evans. Healthcare professionals must be prepared to set aside their personal beliefs at work to protect patients.

It was no surprise this week when the Court of Appeal ruled that an NHS trust was within its rights to dismiss a nurse who abused her position to evangelise her Christian faith to patients.

Despite repeated warnings not to do so, Sarah Kuteh continued to initiate unwanted conversations with patients about religion when carrying out pre-operative assessments.

The judgement noted that Ms Kuteh had told one particular cancer patient that "the only way he could get to the lord was through Jesus", and that she would give him her bible if he did not have one.

She had also "gripped his hand tightly and said a prayer that was very intense and went 'on and on'; and asked him to sing Psalm 23, after which he was so astounded that he had sung the first verse with her".

The ruling shouldn't come as a surprise to anyone. The nursing code of conduct makes clear that nurses must not express personal beliefs (including political, religious or moral beliefs) to people in an inappropriate way.

The Equality and Human Rights Commission's general guidance on expressing personal views and beliefs also makes clear that when discussions becomes proselytising "it may well be proportionate to restrict this in the workplace".

Evangelicals will inevitably point to this case as further evidence of the 'marginalisation of Christianity' in Britain, but Ms Kuteh's religion really has little to do with this case, which was essentially about her poor professional conduct and her refusal to adhere to the standards expected of her.

The employer did not have a blanket ban on religious speech in the workplace. What was considered to be inappropriate was for the claimant to initiate discussions about religion and for her to disobey a reasonable instruction given to her by management.

Patients clearly deserve better than to be subjected to this kind of intrusive and inappropriate behaviour when they are at their most vulnerable. Her role was to take care of patients and make them feel at ease prior to surgery – not to distress them or make them uncomfortable.

Despite her conduct, the Nursing and Midwifery Council panel unanimously ruled last year that Sarah Kuteh was fully 'fit to practise' and that it was "in the public interest" for her to return to practice.

A similar 'forgiving' approach has been shown to another cause célèbre of Christian evangelicals, Dr Richard Scott, who despite receiving a warning for proselytising from the General Medical Council (GMC) in 2012, appears to have carried on regardless.

In 2012 Dr Scott was reprimanded for expressing his religious beliefs in a way that distressed a "psychologically troubled" patient who visited the surgery for a consultation.

Dr Scott was unrepentant. After receiving the warning, he told GPs' magazine Pulse that he had no intention of changing the way he practised medicine. "If anything," he said, "it will make me even more determined to do it".

And he appears to have been true to his word. In January this year the National Secular Society received an email from a member of the public who was concerned that a vulnerable acquaintance of hers was being subjected to proselytism at the Bethesda Medical Centre in Margate where Dr Scott is a GP. Understandably, she didn't want to kick up a fuss. But she was concerned enough to contact us.

Then, coincidentally, that same month, the BBC handed Dr Scott a platform to present the disciplinary action taken against him by the GMC as an example of Christians being 'in the firing line' for their beliefs.

He described how he continues to evangelise, saying the most common time to introduce faith was when dealing with "people with depression or anxiety", noting that "most people are desperate, they'll at least listen." He described how he had converted a woman to Christianity in his clinic that very week.

According to GMC guidance: "You may talk about your own personal beliefs only if a patient asks you directly about them, or indicates they would welcome such a discussion. You must not impose your beliefs and values on patients, or cause distress by the inappropriate or insensitive expression of them."

By imposing his religion on vulnerable patients in this way, Dr Scott is clearly treading a very fine line here. I would argue that he's on the wrong side of it. But this isn't just one overzealous GP – it's a whole NHS funded medical practice.

The Bethesda Medical Centre in Margate is named after a place in the Bible where Jesus is said to have miraculously healed a paralytic man. According to its website, "the majority of the partners are practising Christians". It's not clear whether that has been achieved through discriminatory employment practices or by pure chance.

Patients are requested to 'opt out' of religious proselytising in writing to the practice manager, otherwise they are assumed to have consented by default. For some patients, changing to another GP won't be an option and many will understandably feel uncomfortable expressing their opposition to proselytising and prayer during consultations. Frankly, the burden shouldn't be on them to do so.

Worryingly, this practice is a recognised training centre for medical students. It has almost 20,000 registered patients and is planning a £6.5m extension which will give it a monopoly on healthcare in the area.

An expansion of faith-based healthcare provision would be a worrying development. Many healthcare workers are no doubt motivated by their faith to enter into the caring professions. This is to be welcomed. But they mustn't be permitted to use their position to push religion on patients.

More generally, the intrusion of religious morality in healthcare will adversely affect the manner in which medical practice is performed and undermine autonomy and personal choice. Allowing religious groups to run crucial social provisions such as healthcare would be a regressive, unwise, unpopular move in an increasingly secular society.

When I spoke to a journalist this week following the ruling against Sarah Kuteh, she said she had been told by one Christian lobby group that this effectively meant there is no place now for Christians in the nursing profession. This kind of hysterical hyperbole is nonsense on stilts. Thousands of practicing Christians are working in the nursing profession – and indeed other professions – without any problem whatsoever. Christians are simply expected to adhere to professional standards and follow the same rules as everyone else.

For some believers, any restrictions to their freedom to practice their beliefs, even when that practice impedes the rights of others, will amount to 'persecution'. But the freedom of patients to use a public service without a doctor or nurse imposing their religious views on them must also be considered. Healthcare professionals — whether religious or not — must be expected to set aside their own personal beliefs and not evangelise when treating patients. Doing so needlessly puts patients in a difficult position.

Conversion activity that targets people who are ill or vulnerable is exploitative. Patients should be protected from it.