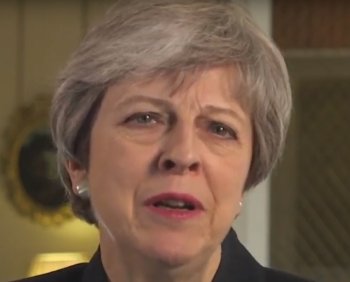 The appalling attacks in Sri Lanka again highlight the growing global persecution of Christians. But there should be no hierarchy of importance when it comes to protecting people from persecution, argues Stephen Evans.

The sickening Easter Sunday bombings in Sri Lanka are a grisly reminder that the military defeat of Islamic State's 'caliphate' does not represent the end of the terrorist threat from violent jihadists.

According to initial reports, the cowardly attacks in Sri Lanka were in retaliation for the recent terrorist attack against Muslims in Christchurch. Both attacks were intended to to sow discord and divide and polarise society, showing Islamist and white-nationalist terrorists to be two sides of the same depressing coin.

Understandably, this week's attack, which targeted churches on a day of Christian celebration, has given rise to much discussion about the need to protect Christians from persecution.

It is perhaps true that anti-Christian violence and persecution have achieved relatively little prominence in public debate in Britain. It's possible that British Christian activists' attempts to carve out exemptions from equality laws by painting those wishing to deny services to gay people as 'persecuted Christians' have caused many fair-minded Brits to baulk at the whole concept of Christians being persecuted. Christians in the UK enjoy many privileges. And as Giles Fraser rightly pointed out in the Guardian this week, the"porky and pink-faced bishops in the House of Lords do not look like a persecuted species, and so when they talk about Christian persecution they look faintly ridiculous"

But there have been at least 12 debates on the persecution of Christians in parliament in the last five years. And the fact that foreign secretary Jeremy Hunt ordered a review into persecuted Christians suggests it is very much on the government's radar – probably more so that others forms of religious persecution.

Indeed, the government's narrow focus on Christianity has been called into question by human rights experts. In an open letter to the government shortly after the review was announced, the UN's special rapporteur on freedom of religion or belief Ahmed Shaheed called for the review to be broadened, writing:

"Couching this review even more broadly, and in the context of persecution against those of all religions and beliefs (including those of no religion), will greatly enhance its effectiveness internationally.

This is quite right. The fight against persecution and violence based on religion or belief must necessarily cover all religions and beliefs, including non-belief. Fragmenting such efforts is counterproductive.

The government's tendency to privilege Christianity was also perhaps apparent in the recent decision to review the asylum application of an Iranian Christian whose application was rejected, at least in part, on the theological basis of Christianity not being the peaceful religion he claimed it to be. The National Secular Society, which is committed to freedom and fairness, called for the case to be reviewed, but also called for a broader review given this was not an isolated incident.

A similar decision was made against Hamza Bin Walayat, an ex-Muslim asylum-seeker from Pakistan who was considered by the Home Office "not a genuine follower of humanism" because he didn't mention Plato and Aristotle when asked to name ancient Greek philosophers who were, apparently, humanists.

On what basis was the Christian's case re-opened, but not the ex-Muslim's? It would be unfair and arbitrary to only investigate the cases of asylum seekers fortunate enough to have Christian lobbyists behind them.

There is no question that the treatment of Christians around the globe represents a major human rights violation. Not a week seems to go by without hearing reports of Christians facing unjust imprisonment, harassment, beatings, rape, torture and even death as a result of their faith.

But this isn't a numbers game. It's about principle. Christians and Muslims are far from alone in being targeted. Hindus, Jews, Buddhists and atheists also face persecution. And they all deserve our attention and protection based on the severity of that persecution – not their religious identity or beliefs.

The disturbing reality is that people of all faiths and none face mistreatment around the world because of their religious beliefs or lack of them. Religious freedom, along with the right to speak freely, is the absolute cornerstone of free and democratic societies. Believers and nonbelievers have common cause in defending these fundamental values – and should unite in condemning unjustifiable infringements on religious freedom wherever it is happening and whoever is on the receiving end.

In her Easter message, the prime minister said the UK "must stand up for the right of everyone, no matter what their religion" to follow their beliefs. Notably, the phrase 'or belief' slid off the page, as it so often does. But Britain must be a champion of everyone's religious freedom, irrespective of their religious or non-religious beliefs, and stand firm against religious persecution in all its forms.

No doubt the need to maintain diplomatic relations and commercial relationships prevents the UK government from addressing these issues with serial abusers as robustly as some of us would like.

But in defending religious freedom, which includes both freedom of and from religion, we need to have a principled and consistent position. We should not let the outdated notion of Britain being a 'Christian country' lead us to create a hierarchy of beliefs when it comes to protecting people from persecution.