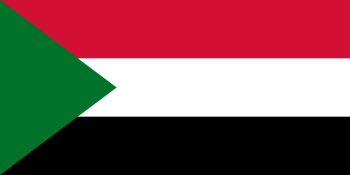 One of the greatest revolutions of our times is happening in Sudan. Peaceful protestors have taken to the streets since 19 December 2018, demanding their rights and the end of Al-Bashir regime. As the protests enter their third month, over 50 people have been shot, thousands have been tortured and detained and a state of emergency has been announced by Al-Bashir's government.

Alongside Sudan, we are witnessing Venezuela, Algeria and Haiti protesting against their governments. Sudan joins in this collective moment in rejecting authoritarianism, but there is another reason to celebrate the Sudanese protests: this is a revolution against Islamists. A political movement which destroyed lives under the name of religion for centuries and one which is empowered regionally by its rich oil exporting countries and internationally by its politically influential western allies.

From the far east's Iranian regime, Afghanistan, Pakistan, Bangladesh and Indonesia to the Middle Eastern and North African Qatar, Bahrain, UAE, Saudi Arabia, Yemen, Iraq, Syria, Mauritania, Nigeria, Egypt and Sudan - the Islamists have been mobilising since the 1940s and were well in power by the early 1980s. They appeared under different names and structures. Sometimes they worked against each other, but always kept the mantra: destruction of enlightenment institutions, restriction of rights and control through violence.

Similarly in Sudan, the Islamic movement has taken different names and phases. Starting in the 1940s as the Muslim Brotherhood movement within universities, it gained momentum and formed the Islamic Charter Front. Islamists joined forces with the Numairy regime which came to power in 1969, eventually introducing sharia laws in the mid 1980s. Next, they formed the National Islamic Front and participated in the 1986 elections. But since the 1989 military coup, Islamists have dominated the Sudanese political scene as the National Congress Party (with a few changes in between).

While the names and configurations have changed, Sudan's Islamist movement has shifted its goals. It went from being jihad-focused in the early 1990s to adopting an openly fraudulent gangster-style in the 2000s. Throughout, political leaders have consolidated their ideology (Tamkeen). They took over the educational, financial and the judicial systems and dismantled unions and public services. They waged war in every direction and stripped the country of its assets through privatisation.

And yet the UK and other western governments which profess to believe in democracy are propping up Al-Bashir's regime diplomatically, financially and militarily.

Al-Bashir and his allies have destroyed Sudanese democracy. The protesters in Sudan understand this well. We must fight for our democracy, but it is imperative that Sudan's future government be secular. The word itself has been criminalised in Sudan as blasphemy for decades and it is time to dust off the shame. We need not only democracy, but a secular democracy to secure civil rights regardless of mainstream culture, religion, status and privileged characteristics.

Some opposition leaders believe that the bigger the opposition, the better because it will lead to the end of Al-Bashir's dictatorship. But this is short-sighted: without a clear stand on rights and the role of religion in state, some strategic partners at this stage can compromise our vision of a civil and democratic Sudan. We need a secular constitution that makes clear that religion is separate from the state. Secular democracy means that we can battle out our disagreements in a space where nothing is blasphemy and where we can express our different political opinions and ideologies openly and safely. We must have these discussions now as we battle for equal civil rights.

It is clear that we have a long way to go in Sudan. We need to challenge the deeply conservative and patriarchal culture for the rights of women, LGBT and religious and non-religious minorities. The Sudanese opposition believes we should put our rights on hold until the current regime has been toppled. Even the progressives are afraid of conversations about minority rights and freedoms, fearing it will split the 'opposition front' or offend the religious majority. But there is never the perfect time for these discussions and never the right moment to tolerate dissent. To model what it means to build an inclusive secular democracy, we should start by making the opposition an inclusive secular protest movement.

So, to the brave Sudanese who we lost along the way: we will hold you dear in our hearts. To the courageous protesters on the streets and in detention: we salute you and send our support and love.

Let the Sudan we hope for be a free, just and peaceful Sudan with a secular democracy and civil rights for all.