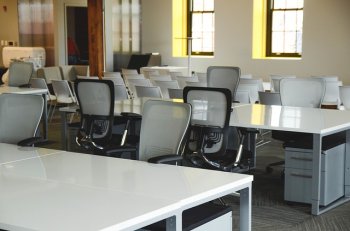 Earlier this week, just as the Department for Education was issuing guidance on how to teach relationships and sex education in England, MPs were debating a petition on the same subject.

The petition got an airing in parliament because more than 100,000 people put their names to it. It didn't claim that RSE doesn't work, or children are better off not learning about sex or relationships. Instead it drew heavily on the consumerist idea that education must reflect parents' particular ideological outlook.

The petition's creator, Kate Godfrey-Faussett, wrote: "We believe it is the parent's fundamental right to teach their child RSE topics or to at least decide who teaches them and when and how they are taught. We want the right to opt our children out of RSE when it becomes mandatory in [September] 2020."

Religious groups have long made this demand; in recent weeks some have been making it particularly loudly. And during the debate several MPs from across the political spectrum expressed sympathy for it.

Conservative John Howell said he "would like much more in the way of encouragement for the rights of parents". The DUP's Jim Shannon said: "Headmaster or the principal can overrule the parent, which I think is wrong". Labour's Shabana Mahmood called for "a joint process that respects and gives voice to religious backgrounds", in a speech her colleague Liam Byrne described as "brilliant".

And independent Ivan Lewis cited the importance of "religious freedom". He didn't mean the freedom of children to grow up with the information they need to make informed decisions when they are ready to. He meant the freedom of parents to impose their religion on school curricula.

In its latest guidance the DfE has not extended parents' right to opt their children out of RSE. In fact it reiterated the lack of an option to opt out of relationships education in primary schools. And it replaced the explicit right of withdrawal from sex education in secondary schools with a "right to request" withdrawal.

Within this is a tacit and welcome acknowledgement of the importance of putting children's right to a decent education above the demands of parents who wish to restrict it. But the government is still shying away from a confrontation with individualistic parents who demand religious opt-outs.

In the guidance the DfE tells schools to hold discussions with parents who want to withdraw their children from sex education, and to grant their wish other than in "exceptional circumstances". It lets children override their parents' withdrawal request for one term shortly before they turn 16. Schools are asked to give parents the chance to "understand and ask questions about the school's approach" and to consult parents when developing and reviewing their policies.

It makes specific concessions to faith schools, which may "teach the distinctive faith perspective on relationships" and hold "balanced debate" about "issues that are seen as contentious". This runs the risk of seriously undermining RSE in some of these schools.

And even teachers who don't work in faith schools are unrealistically expected to balance the interests of children and society with the expectations of religious parents. Schools are told their policies must "reflect the needs of the communities they serve" and take "the religious background of pupils" into account when planning teaching.

Some of these steps would perhaps appear reasonable in isolation. But in sum they create an administrative burden on schools which would be utterly unsustainable if applied to every subject, or every time a parent raised a concern about what their children were learning.

They also risk encouraging the bigotry of low expectations. If we allow parents to opt their children out from RSE, what logically stops us letting them opt them out of other subjects? Should they be allowed to opt them out of PE lessons where girls might wear mildly revealing clothing, or history lessons about women's emancipation?

There may be reasonable criticisms of the way RSE is taught. In some schools the material may not be age appropriate, or may be too politicised. But that could be true in any subject. A government that offers parental opt-outs tacitly says it has lost faith in democratic processes designed to ensure children are taught appropriately – and undermines teachers in the process.

It's easy to tell parents that schools will help them to push a religious identity on their children or help them to pass on their prejudices. It's harder to tell them that during school hours the state is responsible for children's upbringing and sometimes what it teaches may challenge what they learn at home.

It's easy to tell parents that teachers will do whatever they want. It's harder to tell them that professionals sometimes know better than they do and need to be given enough space to do their jobs properly.

But politicians shouldn't just take the easy option. They are responsible for managing the education system to ensure it teaches children appropriately and promotes desirable social goals. Sometimes that means they need to stand up to religious parents.